Warning: "continue" targeting switch is equivalent to "break". Did you mean to use "continue 2"? in /nfs/c06/h01/mnt/88637/domains/blog.irockcleveland.com/html/wp-includes/pomo/plural-forms.php on line 210
 I Rock Cleveland I Rock Cleveland | “Being Here” by The Stills

“Being Here” by The Stills 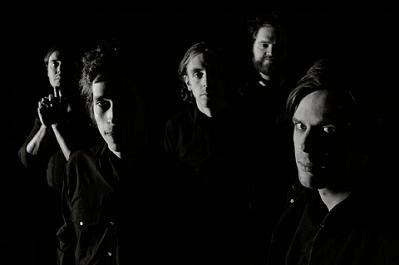 When The Stills bgan their career five years ago with Logic Will Break Your Heart, the Montreal based band were quickly lumped with Interpol and the other black clad bands responsible for the post-punk resurgence. Yet, when it was time to record a follow, The Stills turned their back on the post-millenial, post-punk sound for a more straight forward, pop and rock formula. One that ultimately fell a bit flat for their fans. Now, back with their third release, and first for the Canadian indie, Arts and Crafts, The Stills are looking to reconcile the two distinct sounds of their past. The first single, “Being Here” is neither the minor key depression of their debut, nor the unabashed pop of their follow up. Instead, it takes the middle path between the two: an opening that hints at the summer sounds of The Beach Boys, quickly morphs into a glittering, guitar driven alt rock anthem.

MP3: The Stills – Being Here

The Stills
The Stills Myspace