Warning: "continue" targeting switch is equivalent to "break". Did you mean to use "continue 2"? in /nfs/c06/h01/mnt/88637/domains/blog.irockcleveland.com/html/wp-includes/pomo/plural-forms.php on line 210
 I Rock Cleveland I Rock Cleveland | “GFC” by Albert Hammond, Jr 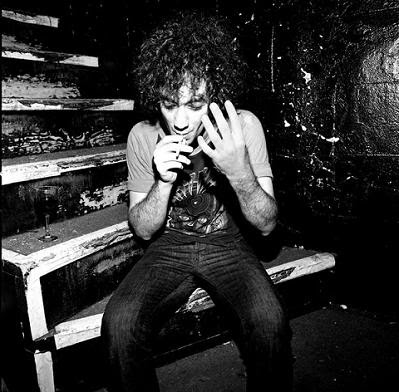 With The Strokes, Albert Hammond, Jr was always that cool looking, somewhat disinterested guitar player in tight jeans, standing next to that cool looking and more famous, yet, somewhat disinterested, lead singer in tight jeans. Now, on his own for his second solo album while The Strokes remain idle, Hammond is ready to prove that he had a little something to do with all those tasty hooks on The Strokes early work, and without the pressure of trying to live up to the unlivable expectations of being the next, great rock band, he’s free to do what he does best: namely lay down tasty licks with his trusted six string. On “GFC,” the first single from the forthcoming, Como te Llama, Hammond revisits that trademark jangly, guitar sound inspired by classic NYC punk, so prevalent on The Strokes’ debut, Is This It, but, as he’s removed from the confines of having to sound like The Strokes, he also finds some time to wind in a rather delicate intro and blaze through a solo or two. And the fact that he can carry a tune as well as that more famous, cool looking, somewhat disinterested dude in tight jeans, is a very pleasant surprise, indeed.

Como Te Llama by Albert Hammond, Jr will be out July 8th on RCA Records