“Kill Me Now” by The Dreadful Yawns 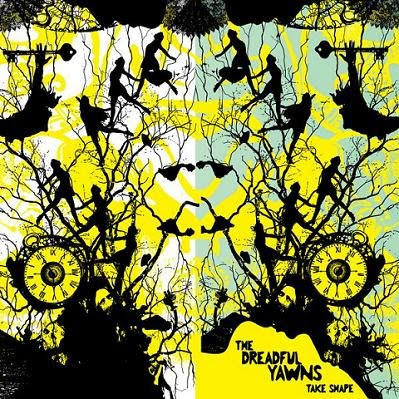 The release of The Dreadful Yawns’ last album, 2007’s Rest, coincided with a time of great change for principal Yawn, Ben Gmetro, and the rest of his band. More specifically, Gmetro suddenly found himself bandless, then having to put together an entirely new lineup of the band. Joining Gmetro was Clayton Heuer and his retro, futuristic organ, Elizabeth Kelly on vocals and keys, Chris Russo on drums, and Eric Schulte on guitar.

Now with a band in hand, Gmetro and the Yawns found themselves in the unique situation of promoting an album that most members did not contribute to recording, and consequently, performing songs to promote that album, but primarily relying on material written after its completion. Yet, as anyone fluent in corporate speak can tell you, change can be a good thing. Out of this came a more electric and more agressive sound; gone was the old fascination with easy going West Coast psychedelica, and in its place was heavier style, steeped in the Velvets and classic garage rock. Additionally, many of those numbers written by the new Yawns, like “Don’t Know What I’ve Been On,” “Like Song,” “Queen and The Jokester,” and today’s featured tune, “Kill Me Now,” became fan favorites and would form the basis of their forthcoming release, Take Shape.

Speaking of change, one thing you’ll immediately notice on “Kill Me Now” is that lead vocals aren’t handled Gmetro, instead, Kelly takes the lead while Gmetro harmonizes. Taken together, their combination of sweetness and honesty recalls other boy/girl leads like X, or Oakley Hall. While musically, it’s one of the swiftest cuts on Take Shape. With a bit of the old jingle, jangle in its rhythm, it quickly twists into a two minute rave up, punctuated by precise and dynamic shifts where the Yawns will peel back, only to rock out some more.

Take Shape by The Dreadful Yawns will be out August 5th on Exit Stencil Records. The band are currently out on an East Coast/Midwest tour now, with their next local show taking place June 16th and The Tower.