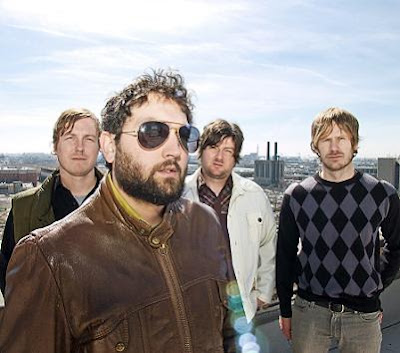 For a scruffy foursome out of Chicago, The M’s sure keep some esteemed musical company. Barely a review goes by without the mention of such cherished tunesmiths as John Lennon of the Beatles, Ray Davies of The Kinks, Marc Bolan of T Rex, or Damon Albarn of Blur. Believe me, I wouldn’t be perpetuating these comparisons if they weren’t so spot on. “Don’t Be Late,” from The M’s latest release, Real Close Ones, catches the M’s doing their best Davies, with a tune that moves with the ease of a cool summer breeze. The drums gently rumble as if dark skies may be on the way, but they’re balanced by the acoustic guitar, strummed so care-free, that you can hear glimpses of fingers moving along the strings, along with creaks of the old porch swing. Like the classic pop songs of their idols, it’s simple, and subtle, and when the strings sneak in during the chorus, they’re unassuming, yet surpisingly sophisticated — just like the band who wrote the song.

Real Close Ones by The M’s is out now on Polyvinyl Records.

The M’s
The M’s Myspace