Warning: "continue" targeting switch is equivalent to "break". Did you mean to use "continue 2"? in /nfs/c06/h01/mnt/88637/domains/blog.irockcleveland.com/html/wp-includes/pomo/plural-forms.php on line 210
 I Rock Cleveland I Rock Cleveland | The Rockometer feat. Spiritualized, My Morning Jacket, Weezer, Dan Friel and Ponytail 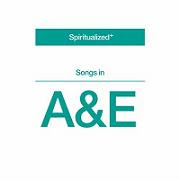 Spiritualized
Songs in A & E
Fontana

If Jason Pierce sounds a bit worse for the wear on Spiritualized’s sixth album, Songs in A & E, there’s good reason. Recording was interrupted when Pierce was hospitalized with double pneumonia and nearly died, twice. His voice now sounds weathered, and weary, and consequently, those common Spiritualized subjects like love, death, God, and drugs carry a much heavier weight. It’s hard not to be moved by a somber songs like “Death Takes a Fiddle,” even more so when you realize its accompaniment is the sound of the very device that saved his life: a respirator.

Still, even with the extra gravity provided by Pierce’s brush with death, the beauty and transcendency found throughout Songs in A & E, doesn’t come from his message, but how he frames sounds around that message. On one song his soul’s on fire, another, it’s his heart. It’s as if his meeting with the reaper inspired him to revisit The World’s Worst High School Poetry, Vol 1. Yet, as ordinary and cliche as some of his lines may be, he more than makes up for it with masterful string arrangements, delicately and precisely complementing his melodies, and simultaneously exposing the big, awkward, and brutish arrangements of his peers (Yes, Arcade Fire, I’m talking about you, again), as the work of amateurs. Both poignant and emotional, the arrangements on songs like “Soul on Fire,” “Sitting on Fire,” “Waves Crash Down,” and “Borrowed your Gun,” convey fear, uncertainty, and ultimately the hope and redemption that he must have felt those days in the hospital, and does so in a manner much clearer and much more powerful than his words ever could.

Admittedly, while most of the finer moments on Songs in A & E are on the quieter side of things, Pierce still knows how to whip up an old fashioned sh*t storm of sound, just as he did during his old Spacemen 3 days. There’s the Dylan-like, future folk jam of “Yeah, Yeah,” the thick layers of fuzz and overdriven guitar effects on “You Lie You Cheat,” as well as the blues from a ray gun rave up, “I Gotta Fire.” If death did indeed come along with his fiddle, then he was an unfit foe for the man who calls himself J Spaceman, a man who’s lived a hard life, looked death in the eyes, and emerged with one of his strongest albums in years.

Songs in A & E by Spiritualized: 9 out of 10 on The Rockometer 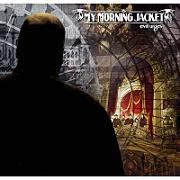 Listening to Evil Urges, one gets the impression that My Morning Jacket no longer wants to be known as the best cosmic Southern rock band, rather, they want to be known as the biggest, baddest, and most versatile band in all the land. And to prove their point, they begin their fifth album with a five song suite that includes funky Rock ‘N’ Roll (“Evil Urges”), space aged soul (“Touch Me I’m Going to Scream Pt. 1”), white man funk (“Highly Suspicious”), good old Southern Rock (“I’m Amazed”), and the smooth sounds of Seventies light rock (“Thank You Too”). This eclecticism wouldn’t be so much of an issue, in fact, it would be an asset for most bands, except it’s so eclectic, that it sounds as if the band determined the running order for the disc by using an iPod on shuffle.

The second half of Evil Urges doesn’t fair much better. It’s saddled by having to much schlop and not enough rock. There are times, as on “Sec Walkin'” and “Look at You” that MMJ are much closer to the safe as folk sounds of James Taylor, than they are to that everything goes band that opened the disc. On the plus side, there is a song about a sexy librarian. Who doesn’t like sexy librarians, and sexy nurses, and sexy policewomen, and sexy roommates who like to make out with each other in front of a camera? It’s almost enough to forget their soft rock ways, except for the nagging fact that the Internet does a much better job of satisfying your sexy librarian needs than another easy rockin’ folk tune on an misguided, randomly sequenced album.

Evil Urges by My Morning Jacket: 5 out of 10 on The Rockometer 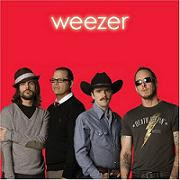 Why bother? It’s gonna hurt me
It’s gonna kill when you desert me
This happened to me twice before
Won’t happen to me anymore

Funny how the same question Rivers Cuomo and Weezer asked during “Why Bother” on their second album, Pinkerton, is the same question many of Weezer’s one time fans are asking of themselves after the band released two albums of rapidly declining quality in Maladroit and Make Believe. Why bother? Well, Weezer did release two classic albums during alterna-rock’s hey day in the Nineties (The Blue Album and Pinkerton), and even on their worst outings, they’re still capable of those magic moments where their love for big rock anthems combines with Cuomo’s geekery, awkwardness, and never ending adolescence, for good, honest fun loving pop songs. And after hearing the first single, “Pork and Beans,” with its whimsical combination of half rapping and power chords, and album opener, “Troublemaker,” where Como recounts his life’s journey from misfit to rock star, over another set of thick guitar chords, you may feel as if your faith in Weezer wasn’t misplaced after all.

Yet, even as Weezer show signs of shaking their two album slump, the first signs of trouble also arrive fairly early on The Red Album. First, there’s “Greatest Man Who Ever Lived (Variations on a Shaker Hymn),” which falls somewhere between Queen’s “Bohemian Rhapsody” and Guided by Voices’ “Back to Saturn X Radio Report,” but it lacks the former’s grand statements, and the latter’s manic disjointedness, leaving it nothing more than a song in badly need of more editing. Then, there’s “Heart Songs,” a piece of overly sentimental Seventies pop where Cuomo awkwardly rhymes songs by Gordon Lightfoot, Cat Stevens, and Eddie Rabbit (amongst others) as he builds his way to the day he found Nirvana.

And it gets worse. “Everybody Get Dangerous” is a perfectly serviceable rocker, if you were to ignore that awful first stanza, “When I was younger/I used to go and tip cows yeah/Actually I didn’t do that/Casue I didn’t want the cow to be sad/But some of my friends did,”and the similarly uninspiring Dreaming with the not so clever lines “I’m dreamin’ in the morning/I’m dreaming all through the night/And when I’m dreamin’ I know it’s alright/I’m dreamin’ in the evening/I’m dreamin’ all through the day/And when I’m dreamin’ I know it’s ok.” I could handle the grade school lyricism if this song wasn’t done better when it was called “Only in Dreams,” on The Blue Album. Rounding out the badness is Brian Bell’s Sugar Ray stealing, Uncle Kracker inspired, “Thought I Knew,” and “Cold Dark World,” which answers the question no one wanted to know: What would happen if you mixed Weezer and gangsta rap. If this is the best Weezer can do these days, then why bother, indeed.

The Red Album by Weezer: 4 out of 10 on The Rockometer 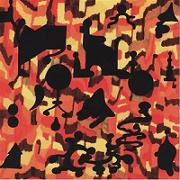 With Parts and Labor, Dan Friel has a knack for coaxing a surprising amount of melody, from the unlikeliest array of electronics: thrift store keyboards, pedals, switches, boxes, and miles and miles of wire, combine with the old, trusty guitar to produce harsh, aggressive, and anthemic sounds that are at the same time both futuristic and retro. Call it future punk, noise rock, or a four alarm apartment fire waiting to happen, the sound of Parts and Labor is unmistakable. On his own for the solo album, Ghost Town, Friel wields the same gear, but instead of future punk anthems, he weaves those squelches, beeps, whips, and whirrs into surprisingly coherent instrumental pieces, and where you might expect Friel or P&L bandmate, BJ Warshaw, behind a mic, you’ll find more whips and whirrs carrying a melody instead. It may not have the same fury as a proper Parts and Labor album, but for those who were overwhelmed by Escapers Two, the rapid fire, attention span deprived EP P&L released earlier this year, it can do more than satisfy that future noise fix.

Ghost Town by Dan Friel: 7 out of 10 on The Rockometer 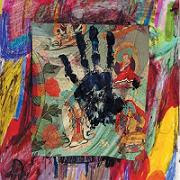 There’s happy, and then there’s big sh*t eating grin happy. The audio equivalent of confetti cannons, balloon drops, and endless rays of streamers, Ponytail are definitely the latter. The rapidly ascending guitar lines from Dustin Wong’s six string, bounce haphazardly as if they’re beams of light ricocheting through a hall of mirrors, and the rhythm section has a propensity for unleashing arena-rock ready drum solos, on equipment more geared for DIY priced warehouse parties. This sublime racket is punctuated by vocalist Molly Siegel, and her nonsensical bursts of unbridled glee. Lord knows what she’s saying, but I can guarantee it’s something happy.

Consequently, Ice Cream Spiritual isn’t exactly the type of record that lends itself well to endless repeat. Just imagine being stuck on Disney’s Small World for a day. After a while all that happy would be enough to make you want to drive a metal stake through your head. However, in the right dose, and about thirty minutes is the right dose, Ponytail can be as uplifting as any happy pill on the market today.

MP3: Ponytail – Celebrate the Body Electric (It Came From an Angel)

Ice Cream Spiritual by Ponytail: 7 out of 10 on The Rockometer