Warning: "continue" targeting switch is equivalent to "break". Did you mean to use "continue 2"? in /nfs/c06/h01/mnt/88637/domains/blog.irockcleveland.com/html/wp-includes/pomo/plural-forms.php on line 210
 I Rock Cleveland I Rock Cleveland | “3” and “7” by Fabulous Diamonds 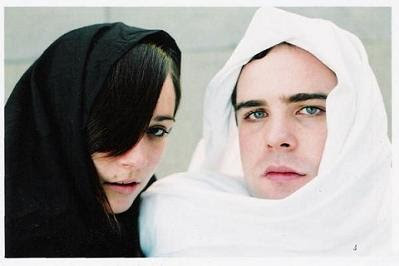 Fabulous Diamonds’ self titled release for Siltbreeze isn’t your typical Siltbreeze release (if there even is such a thing). Siltbreeze, as you may remember, regained notoriety earlier this decade as the home to Times New Vikings’ first two albums, as well as Psychedelic Horseshit’s ear-splitting opus, Magic Flowers Droned, but the Fabulous Diamonds share neither a strong geographical connection to the Columbus sh*t pop scene, nor a strong sonic connection. Perhaps, the Australian duo’s sound can best be described as art school drop out dub. There’s lots of reverb and echo, and carefully placed layers of keys, percussion, as well as the occasional blast of free form saxophone. While the monochromatic boy/girl vocals give them an almost cult-ish vibe, making it perfect for your next dinner party where the main course is preceeded by ritual sacrifice. Or, if that’s not your thing, it works pretty well for zoning out, too.

Fabulous Diamonds will be in Cleveland June 29th with Psychedelic Horseshit. This show originally scheduled for the Grog Shop, has been moved to a house party at 11319 Hessler Road in University Circle. It’s BYOB, BYOBBQ, and BYO donations for the bands, and slated to kick off around 7. Bands will go on no later than sundown.

And no post on Fabulous Diamonds can be complete without mentioning the artwork for that Siltbreeze release. I think it kinda speaks for itself. 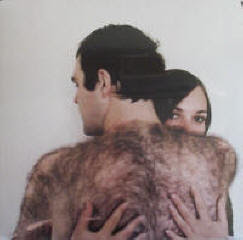