The Year of The Reatard 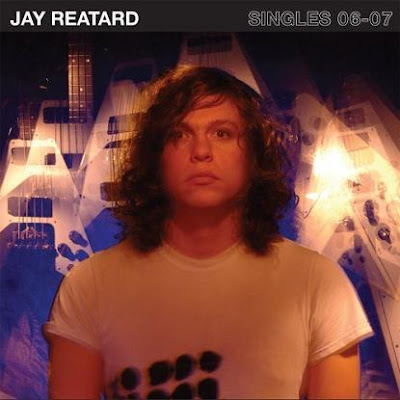 2008 is shaping up to be the year of Jay Reatard. Singles 06-07, out now on In The Red Records, is the first of two Reatard singles collections due out this year. It combines the Night of Broken Glass EP, “I Know a Place 7”, and “Hammer I Miss You” 7″, with other early singles and a bonus DVD of live concert footage. The second collection, due out later this fall via Matador Records, will collect all of the limited edition 7″ singles he’s currently releasing, the latest of which, “Always Wanting More,” just came out today. That’s a whole lotta Reatard.

Thankfully, Jay Reatard has a fine ear for melody and this knack for writing and recording 2-3 minute pieces of garage punk that recall the speed and power of The Ramones without all the usual punk rock trappings. Tattoos, piercings, spikes, and heroin fed bodies have no place in the world of Reatard. Instead, when you watch the DVD, you’ll find four well fed men with generous mops of hair, shredding through that ever growing catalog in double time.

Still, if there’s one thing that can derail the Year of Reatard, it’s his well documented temper. A Toronto show was aborted earlier this year when Reatard took an aggressive approach to unruly fans. A similar scene can be found in the Bonus DVD, where Reatard tells a f*cker to get away from his f*ckin’ sh*t. Dude’s very protective of his gear.

Personally, I’m able to look past character flaws as long as Jay Reatard keeps kicking out the jams (of which there’s no shortage of on Singles 06-07). His b-sides are another band’s a-sides, and his a-sides are pure rock ‘n’ roll gold. Besides, I can sympathize with the man, as I’m no fan of other people touching my sh*t and breaking my sh*t, too.

Jay Reatard
In The Red Records