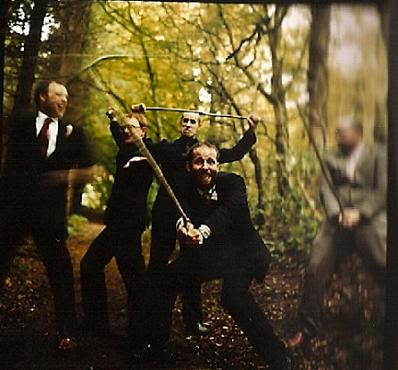 Perhaps taking some cues from noisy upstarts in the instrumental rock arena like Mogwai’s tour partners, F*ck Buttons, “The Sun Smells Too Loud,” shows the Glaswegian kings of the soft-loud-soft thing, branching their sound into more modern directions. This subtle change in direction is more than welcome, as Mogwai’s last release, 2006’s Mr Beast, found the band constricted by their traditional build up, and blow up song structure. While this first taste from Mogwai’s forthcoming disc, The Hawk is Howling, isn’t the techy, glitch rock favored by the new generation of noise makers, it does incorporate some of the less abrasive elements common to that sound. For one there’s the opening sounds of a classic synthesizer, and the drumming feels less human, more processed and more robotic at times. Yet, this is Mogwai, and like the best of Mogwai, “The Sun Smells Too Loud” also features the truly sublime guitar melodies and carefully constructed dynamics you’ve come to expect, but instead of building up and blowing up, it’s much more subtle and gradual in its execution. 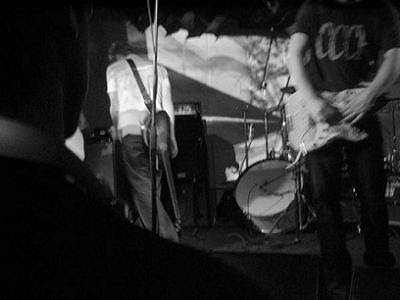 While Mogwai may have eschewed the old soft-loud-soft thing on their latest track, that doesn’t mean that other bands have left the Mogwai school of musical dynamics. The yin and yang of sweet melodies and crushing volume is alive and well in bands like the Australian post-rock band, Laura. The curiously titled, “Cardboard Cutout Robot Victim Hero Children,” from Laura’s latest release, the Yes No Maybe EP, is a prime example of the power of drastic dynamic shifts. At first a simple, soothing melody and a staggered drum beat greet the ears, but they’re soon followed by the sound of a thousand thundering and rumbling guitars. As the rhythms gradually grow more complex, and the tempo shifts into high gear “Cardboard Cutout Robot Victim Hero Children” moves from the sound of peace, on to the apocolypse, and ultimately, the aftermath, all in one song.

Yes No Maybe is out now on Elevation Records