“No Epiphany” by F*cked Up 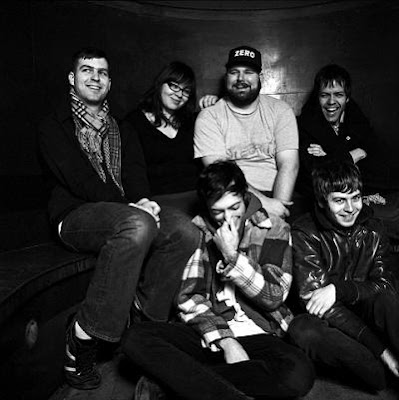 You can file this one under beating a dead horse, as I probably say this every time a new Fucked up song is released, but here it goes anyways. Fucked Up are the most progressive, forward thinking punk rock band out there today, period. Need more proof? Matador just released, “No Epiphany” as a preview mp3 from their forthcoming album, The Chemistry of Common Life, and, again, they’re stretching the boundaries of what we consider to be punk. Maybe, it’s time to do away with that tag all together. Yet, when you hear Pink Eyes’ throaty, growl, and the accompanying power chords how else can you describe it, but punk? It’s just that nothing else about this song is what would narrowly be defined as punk: the backwards guitar tracks, prog rock keyboards, and grand arrangement all suggest something much larger than one genre can define.

MP3: Fucked Up – No Epiphany

The Chemistry of Common Life by Fucked Up will be out October 7th on Matador Records with a single of “No Epiphany” preceeding the album’s release.