“In the New Year” by The Walkmen 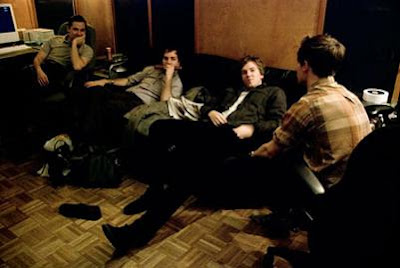 Few artists can make optimism sound as desperate as The Walkmen’s Hamilton Leithauser can. On “In the New Year,” from the Walkmen’s forthcoming album You & Me, Leithauser wails “I know that it’s true, it’s gonna be a good year/Out of the darkness and into the fire/I tell you I love you” in the way only he can, with a tight grasp on the microphone and his head tilted back like an Eighties hardcore singer, as if he’s coaxing promise out of the sheer force of his emotion and the overreaching volume of his crooning. Yet, I’m hardly surprised that by song’s end, the object of Leithauser’s affection has gone her own way. It’s how many of The Walkmen’s tales seem to end. All of the thumping percussion, swirling organs, and drunken pleas in the world couldn’t make her stay, but damn it, if he didn’t give it his best shot this time around.

MP3: The Walkmen – In the New Year

You & Me by The Walkmen will be out August 19th on Gigantic Records.