“Nowheres Nigh” by Parts & Labor 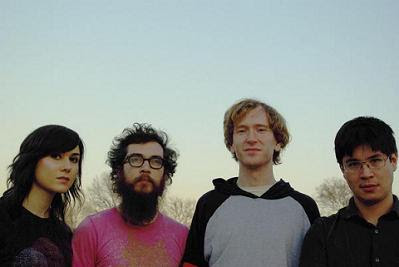 During my 2+ years running I Rock Cleveland, I’ve learned to separate Bill the music fan from Bill the blogger/critic. It’s not easy. You don’t know how many times I wanted to write, “This sh*t rules,” in lieu of a more formal review.

Well, I just heard a new track by Parts and Labor, and you know what? This sh*t rules. “Nowheres Nigh,” which debuted P4K earlier today, is from the new full length, Receivers, not due out until October 22nd on Jagjaguwar. It’s not nearly as manic as the band’s last release, 2007’s Mapmaker, where the Brooklyn noise makers crafted huge punk anthems out of an ungangly assortment of glitchy electronics. Here, they’ve taken a more nuanced approach. One where there’s space (something that was a rare commodity on Mapmaker), and one where the electronics, once overwhelming the ears with their unpredictable squelches, are much more restrained. The result is Parts & Labor’s most melodic, and most accessible work to date.

Have your calendar ready? Receivers will be out October 22nd on Jagjaguwar, and the band will be playing in Cleveland the following day, Wednesday, October 23rd at The Grog Shop.