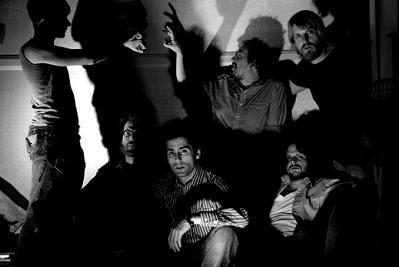 As Blitzen Trapper’s last release, Wild Mountain Nation, played like the Flaming Lips on a massive folk trip, I’m willing to bet that “Furr,” the title track from their forthcoming Subpop release, will be one of the more straight forward numbers from that album. Recalling Dylan, or if you’d prefer a more modern reference, pre-experimental Wilco, “Furr,” hums with the crackle of a campfire, and strums like a band who have time on their side. Far from a wild mountain nation, the scene it depicts is more like a kick off your boots, and crack open another beer mountain nation, with the only hint of the band’s wonderfully, weird past being the occasional hoot and howl of Western wild life echoing in the distance under the cover of the night sky.

Furr by Blitzen Trapper will be out this fall on Subpop and is available now as part of LSTN #1, a free mixtape provided by Urban Outfitters. You can download the rest of the mix here.