Warning: "continue" targeting switch is equivalent to "break". Did you mean to use "continue 2"? in /nfs/c06/h01/mnt/88637/domains/blog.irockcleveland.com/html/wp-includes/pomo/plural-forms.php on line 210
 I Rock Cleveland I Rock Cleveland | C’mon Get Heavy With Made Out of Babies

C’mon Get Heavy With Made Out of Babies 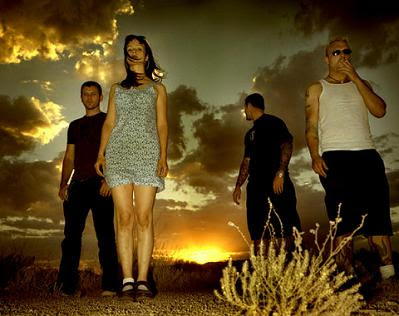 What if, Tonya Donnely, of Belly and Throwing Muses, was in a band that shredded? And what if, when that band shredded, they shredded really f’n hard and really f’n dirty, like Big Black or The Jesus Lizard? What if Tonya Donnely, when fronting said shredding band, wailed like she never wailed before, like she already had one foot in hell and the rest of her wasn’t far behind? Honestly, I never spent much time pondering those questions, but I found the answers when listening to Julie Christmas and her band Made Out of Babies. Amazing what you can find when you don’t know what you’re looking for. Now, if I could only find my cell phone. It’s gotta be in the couch cushions, or in yesterday’s pants, or left somewhere stupid, like on the night stand where it belongs.

MP3: Made Out of Babies – Cooker

The Ruiner by Made out of Babies is out now on The End Records. The band will be in Cleveland next Monday, August 11th at The Grog Shop.