“Sea Level” by The Howlies 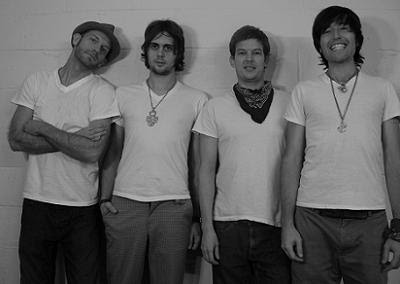 Cleveland isn’t a place normally known for surf rock. Remember way back in 79, when Eric Carmen and The Euclid Beach Band sang “There’s no surf in Cleveland?” Well, technically, you could surf on Lake Erie, and believe it or not, people do surf the lake. Later, in the late Eighties, and early Nineties, we even had a band who played surf punk, with the Beatnik Termites. So, is it really that strange to have a modern band in The Howlies singing about the shore, even though they’re landlocked in the ATL? Well, yes, but being a Clevelander I’m not about to thell them they can’t. Besides, it’s summer, and a Friday, and The Howlies so effortlessly mix garage, punk, and surf on the wild and infectious “Sea Level,” the last thing I would want to do is ruin their good vibrations by reminding them there’s no surf in the ATL.

The Howlies debut disc, Trippin’ with The Howlies, will be out this fall on Over/Under Records with the “Sea Level” ep preceding it on August 12th. The band will be in town this Sunday for a $5 show at The Beachland Ballroom, and if The Internets are a thing to be believed, then it’s a show you won’t want to miss.

The Howlies
Ove Under Records