“Dreaming of Dreaming” by Secret Machines 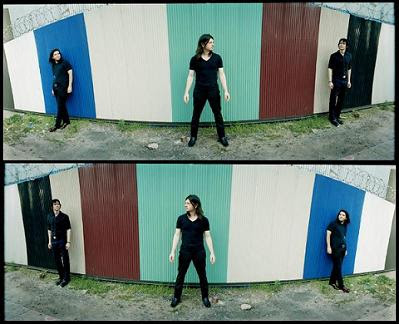 On “Dreaming of Dreaming,” the non-album b-side from the Secret Machines’ forthcoming, self titled release, the band have moved away from whatever it was they were doing on their sophomore release, Ten Silver Drops (something akin to unispired noodling and drugged up bland rock), and have returned to the bombastic space rock of their debut. There’s big drums, blasts of guitar, supersonic drones, and noodling, not the bad kind which consumes space for the sake of making a four minute song eight minutes long, but the good kind of noodling, the kind which lends foreign textures into an already expansive track.

The new self titled album by Secret Machines will be out October 14th on TSM Recordings/World’s Fair.