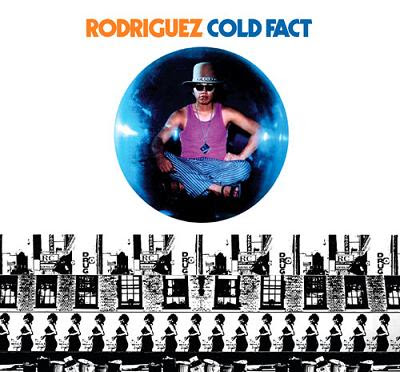 Once upon a time (1969 to be exact) this cat named Rodriquez (Sixto Diaz Rodriguez) from Detroit laid down the tracks for a killer album of psychedelic folk called Cold Facts, and is the case with many a record, it went unnoticed. Dude was ready to move on with living, and leave music behind, in fact, that’s what he did.

In the meantime, Cold Fact took on a life of its own in far off places like Australia and South Africa, where it had become some sort of cult classic. Who knew Rodriguez was a folk hero half a word away? Certainly, not Rodriguez. He just kept on keepin’ on. And things would’ve stayed that way had the reporter Craig Bartholemew not tracked him down. Some 25 years after its initial release, Rodriguez was finally touring in support of his debut release in South Africa.

Now, with the re-issue of Cold Fact on Light in the Attic, it’s time for us Yankees to hear what Rodriguez is all about.

Make no mistake about it, Cold Fact is a product of the late Sixties and it’s booming counter culture revolution. “Sugar Man” swings with an almost naive tone. Here drug dealers aren’t neighborhood pariahs, but fine young men offering a much needed escape from all the heavy sh*t goin’ down. Musically, it’s sparse, but brimming with exotic details like spooky, swirling keyboards, dub like effects reverberating off in the distance, and a ghostly echo as the song, and the artist, fades away.

Rodriquez on Light in the Attic Records