Warning: "continue" targeting switch is equivalent to "break". Did you mean to use "continue 2"? in /nfs/c06/h01/mnt/88637/domains/blog.irockcleveland.com/html/wp-includes/pomo/plural-forms.php on line 210
 I Rock Cleveland I Rock Cleveland | "Iron Oar" by Houseguest 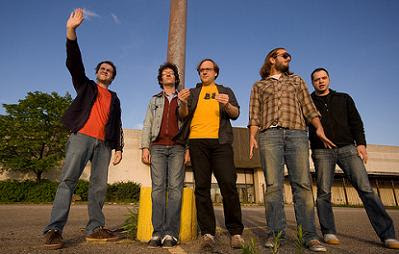 To paraphrase a quote from the very much underrated Rocky and Bullwinkle movie, “Two wrongs don’t make a right, but two rights make a u-turn, and two u-turns make a circle, and two circles make a figure eight, and two figure eights make a butterfly.” Listening to the Akron band Houseguest, one could get similar sense of confusion. Their songs never move in the way you’d expect them to move. The minute they land on a good hook they take a right turn. They find another good hook, and take another turn. You anticipate the chorus to kick in, and wouldn’t you know it, they’re off in another direction. Yet, after all those stops and starts, twists and turns, at the end of three minutes you have a pop song, a sometimes confusing, sometimes absurd, and ultimately satisfying pop song.

Welcome All That’s Difficult by Houseguest will be released October 28th on Akron’s own Audio Eagle Records.