Warning: "continue" targeting switch is equivalent to "break". Did you mean to use "continue 2"? in /nfs/c06/h01/mnt/88637/domains/blog.irockcleveland.com/html/wp-includes/pomo/plural-forms.php on line 210
 I Rock Cleveland I Rock Cleveland | “Kiss Me Again” by Jessica Lea Mayfield 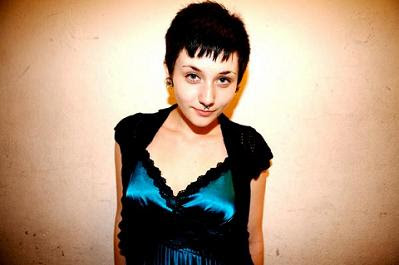 I’m going to let you in on a little secret: When you hear Jessica Lea Mayfield’s new disc, With Blasphemy, So Heartfelt, you are going to be thoroughly impressed.

Some of you may recognize her as the young artist from Kent who used to play gigs around town under the name Chittlin’, others may recognize the name from a guest spot on The Black Keys’ last album, Attack and Release. Well, she’s going by her god given name these days, and with such a heavy heart, such an old soul, and such a powerful voice for a woman still so young, it’s hard not to be moved by her intimate confessions on life and love.

Mayfield’s voice alone is enough to assure a solid debut, but she has another ace in the hole, and it’s a big one. Her debut album was produced by The Black Keys’ Dan Auerbach, who also contributes several solos to the mix. His production adds an honest, rustic feel to Mayfield’s songs, and while his guitar parts are not the blazing bursts of blues guitar he’s known for, the muted and emotional tones add extra depth and texture around Mayfield’s aching voice.

“Kiss Me Again,” the lead track from Mayfield’s debut, hits the listener immediately with her strengths. At first it’s just her voice and her heartache, accompanied by a sadly strummed acoustic guitar. When the second verse comes around, and Mayfield plainly states, “You can touch me if you wanna/Oh, I don’t really care,” that’s when you first realize she’s wiser, more mature and more calculating than her birth date would indicate. Then, when the solo hits, and it speaks in the same tone of loneliness, it’s just about enough to make a grown man nod in agreement, “It’s ok Chittlin’, no Jessica, I totally understand what you’re going through.”

With Blasphemy, So Heartfelt will be out September 16th on Auerbach’s Polymer Sounds label, with the cd release show scheduled that night at the Beachland Tavern. Mayfield also has a series of dates scheduled in support of The Black Keys. Full concert listings can be found at her myspace.