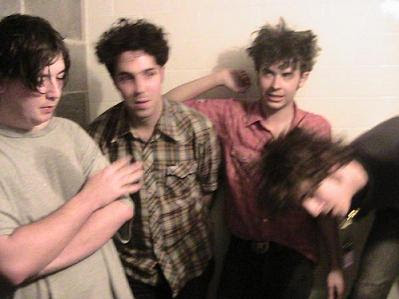 Not to be confused with the similarly named medieval metal band, Witch’s Hat, Australia’s Witch Hats deliver some of the finest in modern scum and scuzz this side of Clockcleaner. Yet, unlike the notorious band of instigators from Philly, whose last album was loaded with skull squeezing riffs and disturbingly brutal rants, Witch Hats aren’t afraid to add in something approximating a hook to their brand of scuzz. Don’t believe me? Stick with “Neil Diamond Entry,” long enough, and you’ll hear something akin to drunk ‘n’ sloppy Replacements style Rock ‘N’ Roll. Who knew such scuzz could not only pound your head, but also get wedged inside it?