The Rockometer feat. Bloc Party, The Verve, The Walkmen, The Stills, and Jaguar Love 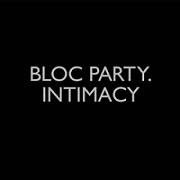 Grr…Bloc Party’s angry. And when Bloc Party’s angry, they do as angry bands do, they rail against anyone and anything within railing distance. Yet, as angry as vocalist Kele Okereke sounds, it’s not always apparent what he’s angry about. Is it love? Is it third world poverty? Is it guns, violence, and the military-industrial complex? Or, is it nothing more than a bad horoscope read to him by a store front psychic? Your guess is as good as mine as to where his vitriol is aimed when he rants, “My mercury’s in retrograde” over throbbing urban beats and jagged guitars on “Mercury.”

It’s exactly this combination (anger and aggressive electronics) which confounded long time fans when “Mercury” premiered (just check some of the youtube comments on the video), and if you were one of those left scratching your head at the direction where Bloc Party seemed headed, well, do I have bad news for you. Their third album, Intimacy, is filled with the kind of bite and aggressive beats which marked “Mercury.” Whether it’s the Bloc Party+shredding style evidenced by “Halo” and “Trojan Horse,” the combination of big beats, haywire electrics, and oblique rants of opening number “Ares,” or the drum ‘n’ bass versus street punk of “One Month Off” an angry Bloc Party awaits at every turn.

Truth be told, had Intimacy come from an unknown band, or an unknown producer from East London, the discussion around this album would take an entirely different tone, like, I don’t know, universal praise. However, when you’re a big band, and Bloc Party are a big band, there are expectations. Big bands are supposed to release gleaming anthems. They should be predictable enough to satisfy the existing fan base, and just daring enough to get a nod or two from the critics.

In considering Intimacy, I’m reminded of the words of an ancient wise man who said, “You cant always get what you want / But if you try sometimes well you just might find /You get what you need.” It’s clear the band needed to get this anger out, and once you get past the fact that Bloc Party didn’t make the album you wanted, you’ll eventually come around to the realization you didn’t need a second Silent Alarm, but an album like Intimacy, one which challenges the notion of Bloc Party, itself.

Intimacy by Bloc Party: 7 out of 10 on The Rockometer 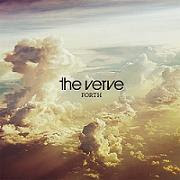 The Verve
Forth
On Your Own

By virtue of Forth being the new album by the freshly reunited Verve, and not another Richard Ashcroft solo album, it already surpasses anything Ashcroft has done this decade. Admittedly, that’s not saying much. It’s like the statement, Van Halen’s better than David Lee Roth solo. Of course Van Halen was better than the MTV novelty act David Lee Roth was when he was out on his own. Van Halen could shred. David Lee Roth, well, he was pretty good at dancing with girls in bikinis.

When The Verve broke up, supposedly for good, after their 1997 breakthrough album, Urban Hymns, Ashcroft embarked on a solo career where there was no one around to tell him no. His songs often collapsed upon their own weight. So, it goes without saying, with guitarist Nick Mc Cabe and the rhythm section of Simon Jones and Peter Salisbury, rejoining Ashcroft, Forth is all but guaranteed to provide some satisfaction to long time fans of the band.

Unlike Urban Hymns, where every song was a single, or a potential single, Forth isn’t nearly as immediate. Outside of the euphoric “Love Is Noise,” nothing else pops the first time through. It isn’t until the third or forth spin, that you’re reminded of The Verve’s strengths. Ashcroft still sings with a combination of Mick Jagger swagger, and detached nonchalance, making what he says far less interesting than how he says it. While Mc Cabe’s bright guitar tones fade in and out of the mix as if they’re a string of white Christmas lights, slowly flashing on a loosely coordinated interval. All of this makes it easy, almost natural to ignore the contributions of Jones and & Salisbury. It may seem like a backhanded compliment when it’s said they provide structure and support, but without these two, one gets the feeling Ashcroft and McCabe could drift in a cloudy bliss for hours on end had they been left to their own devices.

Still, even with the best efforts of Jones and Salisbury, much of Forth feels like a daydream, or a druggy haze where time and space begin to lose relevance. This is especially true on numbers like “Noise Epic” where Mc Cabe’s multi tracked guitar can keep the ears occupied for hours on end, “Valium Skies,” which practically sinks the listener deep into the couch with carefree ease, and “Appalachian Springs,” the atmospheric album closer which succeeds in spite of Ashcroft’s insistent instructions to “Take a step to left / Take a step to the right,” which threaten to turn it into one of those participatory wedding songs, albeit one where the party favors are bouquets of neatly packaged pills.

With reports of Ashcroft and McCabe already sparring on stage, there’s a good chance this reunion will last for one album, or just as long as The Verve’s reunion after 1995’s A Northern Soul. So, it’s best to take Forth for what it is: More than the embarrassment of many reunion albums, it’s the triumphant return by a band, who despite lyrical misgivings, and a hearty appetite for pills, are still capable of creating a complex, wonderful, and all-encompassing wall of sound to satiate your speakers.

Forth by The Verve: 8 out of 10 on The Rockometer 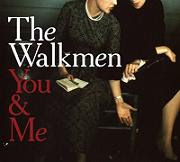 The Walkmen
You and Me
Gigantic

Five albums into their career, and the sound remains the same for The Walkmen: The warm tones of a vintage organ, loose jangly guitars, a hearty rump-a-thump from the rhythm section and the distinctive pipes of Hamilton Leithauser, a man who sings like a drunken, has-been lounge singer with a thousand sad tales to tell, who through the power of booze, can conjure the confidence of a young hardcore kid through a throaty yowl.

Yet, to say the sound remains the same for The Walkmen, is not the same as saying all of their albums are created equal. For this New York band the difference between an album like Bows and Arrows, one which has been canonized by modern Indie Rock taste makers, and their recent output of A Hundred Miles Off and Pussy Cats, two albums which slipped by with little fanfare, is how engaged they decide to be with their own craft.

You and Me by The Walkmen: 7 out of 10 on The Rockometer. 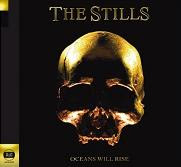 Let’s give The Stills some credit. They had the good sense to distance themselves from the post Joy Division mope rock scene way before Millennial post-rock had run its course. Unfortunately, for the Montreal based band, five years after a well received debut, and an excursion through Americana during their follow up record, Without Feathers, they’re no closer to answering the question, “So, what now?”

As with Without Feathers, even as The Stills are engaged in a game of let’s try it and see what sticks, they’re still capable of nailing a couple killer singles per album. On the big alt-rock anthem, “Being Here,” they take the simple route with clear guitar lines, precise harmonies, and a big emotional chorus. Done before? Sure, but when done well, a song like “Being Here,” can still arouse the ears to attention. While on “I’m With You,” they go the Eighties route, and score a tune which could have accompanied the closing credits to any one of John Hughes’ geek meets girl, or geek meets guy romantic comedies.

Yet, for every triumph like “Dinosaurs,” and its proggy keyboards, and guitar hero solos, and “Rooibos/Palm Wine Drunkard” where hints of their former selves are fused with a driving, rock-a-billy and garage rock riff, there’s the accompanying dose of bland rock from the likes of “Eastern Europe” and “Snows in California.” Furthermore, just as you think The Stills are sorting themselves out, they go and break one of Rock ‘N’ Roll’s oldest rules: Don’t f*ck with a good groove. Not only do they break this rule on “Everything I Build,” where a wonderfully hypnotic groove is dynomited with an awkward bridge, they do it a second time on “Panic.”

Had Oceans Will Rise been whittled down to an EP, the discussion would have been centered on how The Stills managed to find a second career after hinging their initial success on the mope rock wagon. Unfortunately, Oceans Will Rise is an album, and as such, is rankled with filler, bad ideas, and broken grooves. So, what now? How ’bout that EP.

Oceans Will Rise by The Stills: 5 out of 10 on The Rockometer 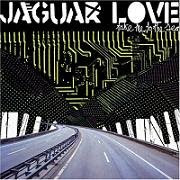 Jaguar Love
Take Me to the Sea
Matador

Formed after the dissolution of The Blood Brothers and Pretty Girls Make Graves by Johnny Whitney, Cody Votolato, and J Clark, Jaguar Love may be less herky-jerky than the Blood Brothers and their signature brand of short-attention span, time bomb and a ticking clock, progressive punk, but they’re still far less linear than your average guitar band.

During their time, The Blood Brothers racked up plenty of plaudits, while leaving many others confounded. For not only was their music far from easy listening, there was also the matter of Whitney’s distinctive vocals — helium high, fast, and with little regard to traditional melody and phrasing, they could make or break the band for many listeners within one rabidly spit line.

While the band may have changed, and become a bit less abrasive, Whitney hasn’t. You’ll know whether you want to hear song two well before Take Me to the Sea’s side one track one, “Highways of Gold,” has finished. If you can’t acquire some level of comfort with Whitney’s delivery, it’ll grate on you like the wheeze of the broken vacuum cleaner your mate decided to run during the fourth quarter of the big game. You never forgave them, although you said you did, and you may never be able to sit through an entire album by The Blood Brothers, Jaguar Love, or whichever band Whitney decides to join in the future.

Take Me to the Sea by Jaguar Love: 6 out of 10 on The Rockometer