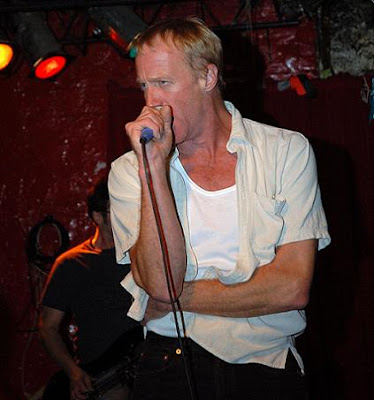 As Prisonshake kept the modest, yet devoted crowd, waiting in anticipation for their first hometown show in ages, it became important to maintain a little perspective. Yes, the clock had moved past midnight, and Saturday night had become Sunday Morning. Yes, it seemed rather unnecessary to build any more anticipation for the 50 or so audience members in attendance, as anyone at The Grog Shop was there to see Prisonshake, and not there to be seen seeing a band. Yet, when you’ve waited 15 years for a follow up album to 1993’s Roaring Third, what’s another 15 minutes?

For a band who have only played out sporadically during that 15 year time between The Roaring Third and Dirty Moons, Prisonshake sounded remarkably tight early in the set as they went through some of Dirty Moons’ finer moments in “We’ve Only Tasted the Wine,” “Your Favorite Hospital,” and “F*ck Your Self Esteem.” It wasn’t quite plug in and rock out non stop. Remember, Prisonshake isn’t a full time band these days. Besides, what’s a little tuning time, when you’ve waited 15 years and 15 minutes?

Once guitarist Robert Griffin got himself straightened out, he rocked the f*ck out. Prisonshake blasted through more of that old Cleveland style punk/glam/Rock ‘N’ Roll on back catalog numbers like “Carthage Burns” as well as Dirty Moons’ lead single, “Cut-Out Bin,” and when it came time for Dirty Moons’ most challenging, and most stylistically diverse number, “Year of the Donk,” the band and the crowd seemed up for the challenge as Griffin and the band hit rock, punk, scuzz, fuzz, and jazz during the song’s ten-plus minutes.

Now, I don’t mean to belabor the point that it’s been a long time since ’93, but, the band occasionally did show signs of being a part time outfit. When introducing “Irene,” from The Roaring Third, vocalist Doug Enkler looked at the set list and did a trouble take before remarking, “I hate this f*cking song.” He found the next number, “Always Almost There,” much more to his liking.

Later, as Griffin took over vocals on “Two Sisters,” one of The Roaring Third’s most shredding moments, he had trouble remembering the second verse. A plea for a little help from the crowd went unnoticed at first. Hey, we were all too busy reliving 1993, anticipating the moment when Griffin would snarl, “So here’s to your sister…” right at the song’s apex. Thankfully, a crowd member stepped in and we did get a second verse and we all got to raise a toast to your sister.

Make no mistake about it, even with a new album that by all rights should go down as one of the finest rock records of ’08, this night was really about nostalgia. When Griffin asked anyone in the crowd to raise their had if they were born after 1980, there were two, maybe three hands in the air, and later, as the band were wrapping up their set, they couldn’t resist but lay into the old guard who held back bands like Prisonshake and Cobra Verde in their heyday, “F*ck Bruce Springsteen. F*ck Kid Leo. F*ck Southside Johnny. F*ck Michael Stanley Band.”

We may have grown up. We may moved away. We may not rock out as hard or as often as we used to, but few things unite the Cleveland underground like hatred for the sh*tty Rock ‘N’ Roll of our past. That, and a night of rough, honest, Rock ‘N’ Roll music, witnessed by too few, but cherished by each and every one who was there. 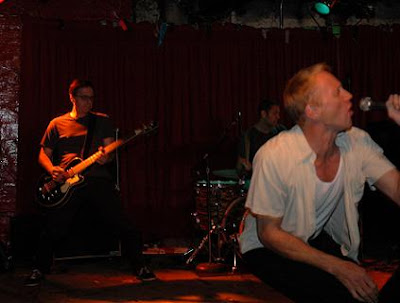 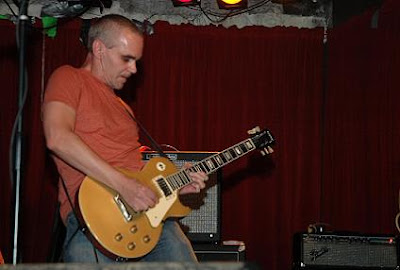 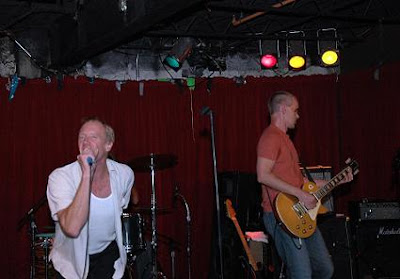