Warning: "continue" targeting switch is equivalent to "break". Did you mean to use "continue 2"? in /nfs/c06/h01/mnt/88637/domains/blog.irockcleveland.com/html/wp-includes/pomo/plural-forms.php on line 210
 I Rock Cleveland I Rock Cleveland | The Rockometer feat. Okkervil River, Boston Spaceships, Blitzen Trapper, Gentleman Jesse, Ancestors, and Brightblack Morning Light 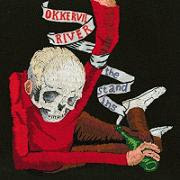 Okkervil River’s The Stand Ins is the stylistic, lyrical, and thematic sequel to their 2007 release, The Stage Names. The art work for the album was designed to fit below The Stage Names. Many of the songs came from the same sessions of The Stage Names, and when you consider three of the songs on The Stand Ins are short instrumental numbers, that leaves only eight new tracks. So, what exactly makes The Stand Ins its own album and not The Stage Names Appendix? Ah, that’s a very good question. The Stand Ins certainly sounds like an addendum. Nothing kicks quite like The Stage Names punchier moments like “Our Life Is Not a Movie” or “Unless it Kicks,” nor is there anything as adventurous as its closing number “John Allyn Smith Sails.” Too often the band are guilty of falling into the indie by numbers trap – it’s a little bit country, it’s a little bit rock, and every once in a while, you’ll get an interesting instrument or two as proof they’ve got chops. Like lead single, “Lost Coastlines,” it’s all very pleasant, but it never reaches the point where it grabs your attention. Other writers have come up with a name for this sort of indie – dinner party indie, middling indie, background music – none of them are very complimentary, and none of them are words that should be associated with an Okkervil River album. So why don’t we just call this album, The Stage Names Appendix, OK?

The Stand Ins by Okkervil River: 5 out of 10 On the Rockometer. 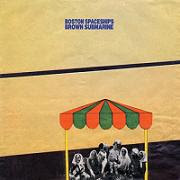 A few things you should know about Boston Spaceships: One, it’s Robert Pollard’s new band. You know, Robert Pollard and Guided by Voices, Midwestern lo-fi legends? For some of you that’s reason enough to buy Brown Submarine. Two, Boston Spaceships promise to drink American beer and rock out. Not that Robert Pollard didn’t drink and rock out over his countless solo albums, but this point would seem to indicate a more back to basics approach, a la Guided by Voices. Lastly, the stated goal of Boston Spaceships’ in recording Brown Submarine was to create an album people would still want to play ten years from now. That’s some serious ambition for someone who’s prolific output has often come at the cost of consistency, and not to mention, a very optimistic goal for anyone releasing an album in 2008.

As it would be unfair to judge this album, or any album, on how it’ll stack up ten years from now, let’s take a simpler approach. Would a Robert Pollard fan, Guided by Voices fan, or a music fan in general, want to listen to Brown Submarine today?

The Guided by Voices fan will be pleasantly surprised. “Go For The Exit” is a holdover from those Guided by Voices days, and it’s simple melody will reaffirm what you’ve always known, but have neglected in recent years: Pollard is a songwriting genius, when he’s focused. Like Richard Ashcroft and The Verve, Pollard is an artist who seems to need a band to reel in his impulses. The prog rock Pollard, the one with the deep, overly dramatic, bellowing voice, only makes the rare appearance on “North 11 AM” and “Still in Rome.” While the pop Pollard, the one who could write a hit song on the can, every morning, appears numerous times (“You Satisfy Me”, “Two Girl Area” and “Andy Playboy” to name a few). Plus, as a bonus, Brown Submarine, kicks off with the big riff, arena rock Uncle Bob in “Winston’s Atomic Bird.” The Guided by Voices fan should own this album.

After listening to Brown Submarine, the casual music fan, may still wonder what’s the deal with the man who speaks in nebulous ways and who releases, on average, three albums a year. He, or she, may still wonder why Ohioans have taken to calling him Uncle Bob and worship him like he invented Ohio Rock ‘N’ Roll. They’ll still wonder, but at least they’ll have a good pop album in their hands.

Brown Submarine by Boston Spaceships: 8 out of 10 on The Rockometer. 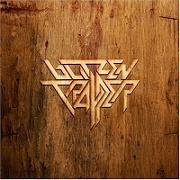 On the title track to Blitzen Trapper’s latest album, Furr, the band uses a detailed story of metamorphosis from man to wolf in detailing modern man’s ongoing struggle to adapt to a technological world where we’ve become far removed from our natural roots. Against a backdrop of a steadily pounding drum, a gently strummed guitar, and creaks and whispers emanating from deep within the forest, vivid lines depict a life where simplicity is valued over progress:

So from the cliffs and highest hill
We would gladly get out fill
Howling endlessly and shrilly at the dawn
And I lost the taste for judging right from wrong
For my flesh had turned to fur
And my thoughts, they surely were
Turned to instinct and obedience to God

The band have undergone a similar transformation themselves. Gone are the moments where they would leave the listener on tangents of crazed, eclectic outbursts of sound. Instead, they’ve opted for a more natural, freely flowing sound, one in line with early era Wilco, Dylan, or The Dead. And when they do feel the need to revisit Wild Mountain Nation, it’s in a much more nuanced manner. Those frenzied electronics, aren’t so frenzied, and when they do appear, they’re saved for intros, outros, or an occasional flourish, and should they decide to plug in and blaze, it’s only for a brief solo or two. These stylistic changes are definitely easier on the ears, and make for a more cohesive album. Yet, by eschewing their old eclectic ways, they’ve removed the very thing which made them unique amongst their roots rockin’ peers in the Pacific Northwest.

Furr by Blitzen Trapper: 6 out of 10 on The Rockometer 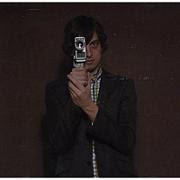 Yes, GentlemanJesse’s self titled record plays like thirteen times Nick Lowe’s “Cruel to be Kind,” but you know what? That song ruled. And you know what else? Every one of Jesse’s thirteen iterations rules, too. You can tell me that you’ve heard it before, and there’s nothing new to be found in the early 80’s new wave/power pop sound. Fine, but then you have to tell me why this CD keeps finding it’s way back into my soundsystem. It’s not by chance and it’s not by choice. It’s that damn good.

MP3: Gentleman Jesse and His Men – You Don’t Have To (If You Don’t Want To)

Gentle Men Jesse and His Men: 8 out of 10 on The Rockometer 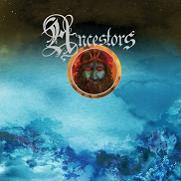 Without going into a scientific analysis of the subject, I believe we can all agree with a reasonable degree of certainty, that the average length of a heavy metal song, especially in the specialized areas of doom and drone, has been trending upwards in recent years. It’s now common for one piece to stretch past five minute, ten minutes, or even fifteen minutes, effectively encompassing a whole side of vinyl. Ancestors have surely noted this trend, and on their latest album, Neptune with Fire, present two songs which collectively clock in at over 40 minutes. While this approach is guaranteed to salivate the mouths of some metal fans, especially those who worship at the altar at Electric Wizard, and have an unquenchable thirst for thick, chugging riffs, wicked effects, and harsh soundscapes, others may find this album sorely lacking in direction. At two songs and twenty minutes Neptune with Fire would be killer. At two songs and forty minutes, there’s way too much filler. Consider it your lesson for the day. One cannot make epic metal by simply willing it into existence. Nor, can one start with the premise of a twenty minute song and back fill the minutes. Metal doesn’t work that way, and it’s not just my opinion, it’s Odin’s.

Neptune with Fire by Ancestors: 6 out of 10 on The Rockometer. 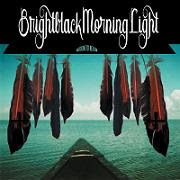 Similar to how Southern Lord bands like Earth and Sunn O))) have taken heavy music, frozen the tempo to a glacial pace, and found new sounds and textures in the process, Brightblack Morning Light have slowed American roots music down, down, and down and discovered wondrous details that had previously remained unheard. At “regular” speed, Motion to Rejoin, would be a hand clapping, knee slapping, rollicking celebration of gospel, blues, and soul. Instead, it’s an in-depth study, one where every instrument and every note is carefully measured for its contribution to the whole. Where a horn section would profoundly announce the coming of the Lord God Savior, it tempers its praise in muted notes. Where a chorus would shout the Good Lord’s name from a mountain top, it quietly speaks in woozy and windy tones. And the church organ, a staple of religious celebration, doesn’t inspire the congregation to get out of their seats and scream, “Amen.” No, it has a much different mission, one that’s more nuanced. With the keys pressed ever so slightly, it’s a reminder that every chord is special. Every note, every man, in the gospel band has their role, none more important than the other.

Motion to Rejoin by Brightblack Morning Light: 8 out of 10 on The Rockometer.