“Fixing the Chairs” and “Transfer Station” by The Girls 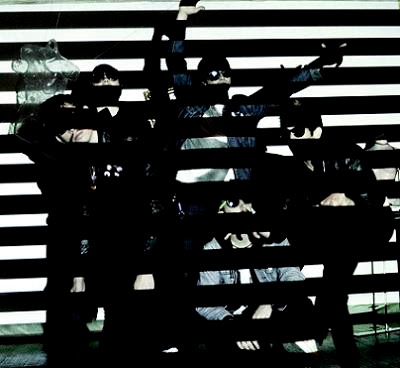 The men of The Girls (yes, they’re men) may have cast their lot with the new wave, power pop, and punk rock crowd by signing on with Dirtnap Records, but once you spend some time with their latest album, Yes No Yes No Yes No, you begin to hear some other influences. Specifically, there’s an undeniable Brit Pop spirit about them, especially in their melodies, and the manner in which Shannon Brown phrases his lines, which in turn leads to comparisons to bands like Blur and Elastica. The only thing lacking is their own “Song 2,” “Stutter,” or “Girls and Boys.” You won’t find a rousing anthem like any of those cuts on this disc. That’s not the same as saying their not capable of cranking out a “Stutter.” These Girls, I mean these boys who are The Girls, would be more than able, should they ever set their minds on making a pop anthem. Until then, there’s this disc, Yes No Yes No Yes No, that’s just fine in it’s own right, filled with rapid hooks and robot rock.

The Girls’ latest cd, Yes No Yes No Yes No is out now on Dirtnap Records. They will be in Cleveland on November 13th for a show at Now That’s Class with Struttin Cocks, The Episodes, and Gunfire Getdown.