The Rockometer feat. F*cked Up, TV on the Radio, Mercury Rev, and Dungen 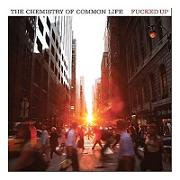 Fucked Up
The Chemistry of Common Life
Matador

Fucked Up aren’t out to save punk rock, and The Chemistry of Common Life wasn’t recorded with the explicit purpose of saving punk rock, but…Let’s say that something is wrong with punk rock today. Let’s say that it needs to be moved out of Hot Topic and the shopping malls, and away from the summer camp for kids with bad hair cuts that is the Warped Tour. Let’s say there is something inherently wrong with the legacy of The Clash, The Sex Pistols, Fugazi, Black Flag and others being bastardized by the emo cover boys on Alt Press magazine. What if punk rock is indeed something in need of saving? Are we to deny the facts? Are we to deny ourselves the opportunity to make wildly exaggerated statements about the importance of a single album recorded by a group of Canadian miscreants who’ve only recently shown themselves to be the single greatest creative force in modern punk rock? Absolutely not.

Starting with the release of 2007’s “Year of the Pig” single, Fucked Up have exhibited a willingness to not only rewrite the rule book of modern punk, but to desecrate it with any manner of things not considered punk, including, but certainly not limited to progressive rock, jazz, and krautrock. With The Chemistry of Common Life, the band aren’t as overt in their subversion of modern punk rock rules. Well, there is that flute solo that introduces The Chemistry of Common Life, and two ambient interludes, but aside from those things, which are pretty overt, they’re not as obvious. On “Crooked Head” the band layer one guitar track on top of another, run them forwards, backwards, any which way but loose, and in the process create something akin to a mashup of the Beatles’ White Album and Black Flag’s Damaged. A similar strategy on “No Epiphany” results in what could be best described as a hardcore Dark Side of the Moon.

Even with all the talk about saving punk, re-inventing punk, or not being punk at all, Fucked Up are a hardcore band at heart. The throat shredding vocals of Pink Eyes (Damian Abraham) sound as if the man brushes with bleach, and rinses out with Draino. Plus, there’s any number of tracks (“Twice Born,” “Black Albino Bones,” and “The Chemistry of Common Life,” to name a few) perfect for a night of stomping, bashing, and any other matter ultra violence. Just don’t listen too closely to the lyrics, else you might find yourself stomping in your black boots to words better suited for things like examining the existential issues inherent with the human condition, when considering a modern world overrun with unchecked materialism and senseless violence.

The Chemistry of Common Life by Fucked Up: 9 out of 10 on The Rockometer. 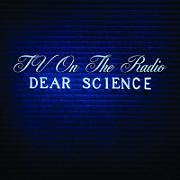 Whereas TV on the Radio’s 2006 release, Return to Cookie Mountain, was an album by an obscenely talented band out to prove their obscene amount of talent, Dear Science, finds Tunde Adebimpe, Kyp Malone, and David Sitek using their obscene amounts of talent for the forces of good songs. Whether they’re getting on up, as they do on the futuristic funk of “Golden Age” and “Red Dress,” and the Outkast-like electro stomp of “Dancing Choose,” or getting on down, as with the inter-stellar balladry of “Love Dog “and “Family Tree,” this is a band who is seemingly incapable of hitting a wrong note. Tying it all together is the technically precise, and probing production work of Sitek, the cool, soulful vocals of Malone and Adebimpe, and an unyielding pursuit of the perfect beat. You can call TV on the Radio Bowie – Clinton fusion rock. Or, you can call them funky, millennial alien rock. Call them what you will, but one thing you can no longer call them is overrated.

Dear Science by TV on the Radio: 9 out of 10 on The Rockometer. 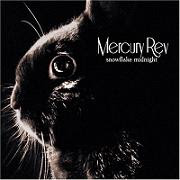 Let’s say your first born son is named any one of the following names: Anderson, Buford, Wakemen, Howe, Emerson, Lake, or Palmer. Congratulations. You’ve found your new favorite album. For the rest of us, listening to Mercury Rev’s combination of Seventies progressive rock and modern electronic music on Snowflake Midnight can be a frustrating experience. Perpetually, one fluttering keyboard, one warbly word, one weighty sound effect, one extraneous background track over the line of restraint, it practically begs for one of those remix it yourself kits.

Snowflake Midnight by Mercury Rev: 5 out of 10 on The Rockometer. 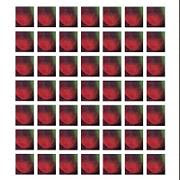 Dungen are still inextricably stuck in the Seventies, which is a good thing, but as with any decade of popular music, there’s the good stuff, and the stuff that’s better off not being revisited. Gone are the paisley patterned freakouts which punctuated Dungen’s previous album, Tio Bitar. Gone, too, are the nods to the hard-charging guitar rock of classic power trios, which often served as the launching pad for their freak-tastic voyages. Two guitar solos: one on the smokin’ “Samdtidigt 1” and another on the similarly smokin’ “Samtidigt 2,” are all that’s left of their former plug-in, toke-up, and rock out sound. In its place are a series of light, blissful soundscapes, which at their worst play like a tripped out versions of the Carpenters, and similar saccharine bands best left in the past. If you needed a fix of Seventies soft rock, Dungen’s 4 is the best there ever was, but, then again, why would you need that fix in the first place?