Warning: "continue" targeting switch is equivalent to "break". Did you mean to use "continue 2"? in /nfs/c06/h01/mnt/88637/domains/blog.irockcleveland.com/html/wp-includes/pomo/plural-forms.php on line 210
 I Rock Cleveland I Rock Cleveland | “Black Rice” by Women 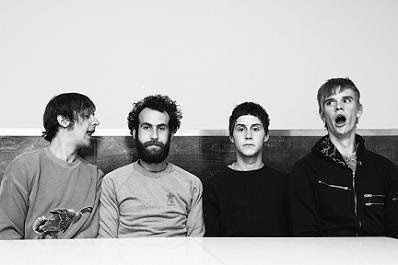 Not to be confused with The Girls, who, ironically aren’t women either, Women are four dudes from the unlikely indie rock outpost of Calgary, Alberta, who recently recorded their self titled release for Jagjaguwar with Subpop recording artist Chad van Gaalen. At times playing like a lo-fi Animal Collective, and other times revisiting the skronky noise of early Sic Alps recordings, Women don’t let their blown out boom box aesthetic hold back their ambition on this varied, yet concise, album. More than weirdo experimentalists and noiseniks, just when you think you have them pegged, they’ll do something like “Black Rice.” A number where the tape hiss retreats for warm, gentle re-verb, and out of all that clang, clatter, and bang comes a song so gentle, a song so warm, you’d sweer the Shins had played it on Oh, Inverted World.

Women’s self-titled disc is out now on Jagjaguwar.