Warning: "continue" targeting switch is equivalent to "break". Did you mean to use "continue 2"? in /nfs/c06/h01/mnt/88637/domains/blog.irockcleveland.com/html/wp-includes/pomo/plural-forms.php on line 210
 I Rock Cleveland I Rock Cleveland | The Rockometer feat. Grails, Jay Reatard, Crystal Antlers, and Fujiya and Miyagi 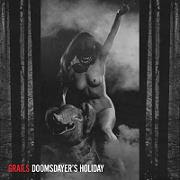 When considered in tandem, the songs “Reincarnation Blues,” and “Predestination Blues” from Grails’ latest full length, Doomsdayer’s Holiday, would seem to indicate a belief that not only are you f*cked in this life, you’re f*cked in the next one, as well. The screaming, naked, demon woman riding a hell hog on the album cover certainly does nothing to dissuade such an opinion. On a more analytical level, those two numbers also represent, where Grails have been during their five year career. In that time they’ve produced any number of deep, rumbling, instrumental ruminations rooted in Eastern thought and melody, with “Reincarnation Blues” and “Predestination Blues” being two more added to that list.

Yet, with Doomsdayer’s Holiday, coming during one of the most productive periods for the band to date (Doomsdayer’s Holiday being their second full length of the year, and the band have been touring more regularly than in the past), there are noticeable differences to be heard here. The band are much tighter, and instead of following a groove to its grave, they’re more likely to lead that groove in a precisely controlled direction. Additionally, this is the band’s most varied work to date. There’s the heavy, impetuous doom metal of opening track, “Doomsdayer’s Holiday,” and the softer ambient textures of “Acid Rain,” and “The Natural Man,” which have more in common with a trip back to the days of sunny, West Coast, psychedelia than a trip to Calcutta. While “Immediate Mate” uses a combination of slow moving blues and acid jazz, similar to the recent work of the influential, drone band, Earth. Reincarnated, and rejuvenated, Doomsdayer’s Holiday is hardly a harbinger of destruction the demon woman so profoundly announces on its cover, rather, it’s a clear signal that Grails is ready to stake their claim as one of modern music’s premier instrumental acts. 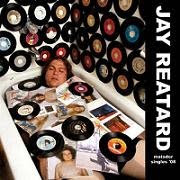 To some, Jay Reatard is a Rock ‘N’ Roll anti-hero, to others he’s an egotistical jerk, yet regardless of what you think of the man’s personality, there’s little denying the fact that he has the gift to recreate the perfect three-minute pop song time and time again. Even before signing on to Matador Records for his highly successful limited edition 7″ single series, Jay Reatard (born Jay Lindsay) had already built quite a reputation among the garage and punk underground, first for his work with the Reatards, later with the Lost Sounds, and most recently as a solo artist for In The Red Records where he released one highly regarded solo album (Blood Visions) and a similarly regarded singles collection (Jay Reatard Singles ’06-’07).

It was through those 2007 singles that Lindsay first started to move away from the 60 seconds and a cloud of dust style which punctuated Blood Visions and his famously succinct, fifteen minute live shows. It’s a progression which continues on this collection, Matador Singles ’08. On “See Saw” he evokes images of a young Elvis Costello, railing against the state of radio, and with “Always Wanting More,” he mixes that early Stiff Records, metropolitan new-wave sound, with a shot of Devo-like robot rock. No longer limited to just new-wave and punk, you even hear traces of Eighties college rock icons, The Violent Femmes, when Lindsay ditches his white flying V for an acoustic guitar on “An Ugly Death.”

As with the aforementioned Blood Visions, much of the subject matter on Matador Singles ’08, has to do with the women in his life, and the cycle of lust, love, love lost, obsession, and psycho. He doesn’t shy away from offensive words like wh*re, or c*nt, when a woman does him wrong, and it isn’t always clear whether the violence he imagines, as on the three song cycle, “Trapped Here/DOA/Hiding Hole,” is meant to be cartoon-ish, or if it comes from a more sinister place. Even at the close of the collection, when Lindsay retreats into his bedroom for the lo-fi pop of “No Time,” “You Were Sleeping,” and “I’m Watching You,” there’s something off about his obsessions, like he’s a foul mouthed Elliott Smith, intent on revenge, not pity. The deeper you dig into the mind of Lindsay, the more you realize his belligerent stage persona may not be an act, and may be a part of who he is, and if he’s a jerk, well then, he’s a jerk who happens to possess one keen ear for melody. 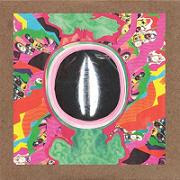 By now, we’ve all become accustomed to the fact that any band presented as new, different, indescribable, or quite unlike anything you’ve ever heard, will be, in fact, quite predictable and pedestrian. Not so, with Long Beach’s Crytal Antlers. Their debut EP, recently reissued on Touch and Go records, is that rare release which defies genre convention and resists micro tagging. There are hints of the macabre punk of The Cramps on “Arcturs” and “Vexation,” and others have attempted to label them prog or psych, but trying to wedge them into any one of those categories is akin to putting a square peg into a round hole. It just doesn’t fit. Andrew King’s guitar unpredictably moves from Brian May to Page to Thurston Moore with little or no notice, while the hyper active rhythms of percussionist Damin Edwards and drummer Kevin Stuart, don’t keep time, as much as they ignore it.

What ensues is the audio equivalent of a CNN reporter stuck inside a hurricane. Violence swirls throughout the mix, like shards of broken glass whipped up in the wind of the storm, with one member of the band taking on the role of Anderson Cooper, doing his damnedest to remain composed in the face of unspeakable danger. On “Until the Sun Dies (Part 2)” and “Parting Song for the Torn Sky” the job of intrepid reporter falls to bassist/vocalist Johnny Bell, and his well tested blues progressions, while on “A Thousand Eyes,” its organist’s Victor Rodriguez’s job to stay calm. It’s not an easy job, as I’m sure Cooper would tell you after he returned from covering Ike, but the pay-off in ratings is huge. With one member oblivious to the chaos which surrounds him, Crystal Antlers never falls victim to mindless noodling, always providing some sanctuary, no matter how temporary, no matter how shaky, for the listener’s benefit.

EP by Crystal Antlers: 8 out of 10 on The Rockometer 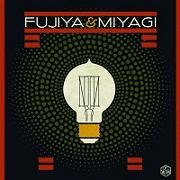 Rightfully, Fujiya and Miyagi score many points for with fans and critics alike for channeling their krautrock and minimal techno influences into cool, laid back grooves. Like Underworld before them, repetition and mood are key, as trying to decode the meaning behind a Fujiya and Miyagi song is as fruitless an endeavor as diagramming a Sarah Palin sentence. Lines like the album opener, “Vanilla, strawberry, knickerbocker glory,” serve little purpose aside from adding to the albums overall vibe. Every once in a while, that vibe will be tweaked with some light, laid back funk, early Millennium American hip-hop a la Missy and Eminem (“Pterodactyl” and “Pickpockets”), or laid back, Eighties styled synth pop (“Sore Thumb” and “Rook to Queen’s Pawn Six”). Herein lies the problem with Lightbulbs. Everything is laid back, to a fault, meaning it never fully captures the listener’s attention. A decade ago, Underworld would use these same influences, lull the listener with repetition, only to explode with wild cacophonies of sound. There are no such moments to be found here.

Lightbulbs by Fujiya and Miyagi: 6 out of 10 on The Rokometer.