Warning: "continue" targeting switch is equivalent to "break". Did you mean to use "continue 2"? in /nfs/c06/h01/mnt/88637/domains/blog.irockcleveland.com/html/wp-includes/pomo/plural-forms.php on line 210
 I Rock Cleveland I Rock Cleveland | “Black/White” by The Raveonettes

“Black/White” by The Raveonettes 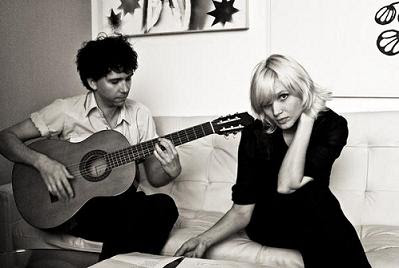 There comes a time in every band’s life when a decision must be made: Continue along the same creative path and risk limiting your future endeavors, or believe in yourself and your fans, and break free of your self-imposed shackles, then pray your fans and your band are still there when your next album’s done.

For the Jesus and Mary Chain, a band often cited as one of The Raveonettes primary influences, that moment came right after their debut album, Psychocandy. In the liner notes of the recent Jesus and Mary Chain collection, The Power of Negative Thinking, both Jim and William Reid of acknowledged in their own way, that the move away from feedback and to a cleaner sound was necessary. Jim saw it as a way to control perceptions of the band, while William saw it as a natural progression of their sound.

For The Raveonettes, that time is now. After three albums and one EP of Velvets and Jesus and Mary Chain styled fuzzy pop, The Danish duo have begun the process of expanding their singular sound. First with the EP, Sometimes They Drop By, and now with its follow up, Beauty Dies, The Raveonettes are discovering the joys of keyboards, synthesizers, and drum machines. As with “Black/White,” this change in direction isn’t so dramatic that it would alienate long time listeners. Their outlook is barren and bleak, there’s still plenty of re-verb and echo, and Sharin Foo’s voice remains distant and delicately obscured. Yet, the accompaniment of a repetitious bass line, flat beats, and one sinewy guitar statement, is more in line with 4-AD dream pop bands, than JAMC or The Velvets. Most importantly, they’re confident enough in this adjustment, that after two EP’s most would welcome an LP of the new, but not so different, Raveonettes.

Three EP’s: Beauty Dies, Sometimes They Drop By, and The Raveonettes Remixed are all available now via Vice Records. A fourth EP, this one Christmas themed, will come out later this year.