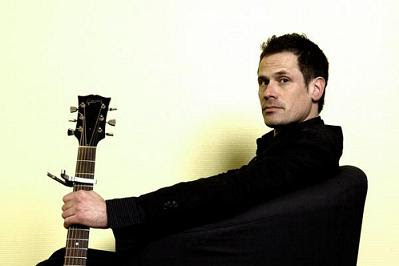 A gutter brother to the Mark Lanegan/Greg Dulli band, The Gutter Twins, Girls Against Boys’ Scott McCloud has recently emerged from some time in the musical wilderness with his new project, Paramount Styles. Girls Against Boys, as you may remember, made some noise in the ’90s indie scene with their brand of sexed up post punk, first on Touch and Go, and later with a failed major label deal. As with GVSB, the Paramount Styles McCloud oozes manly cool, with his slow, low, and deliberate vocal style, delivering every word as if it is an end unto itself, hypnotizing the listener into believing anything he says. Musically, however, these two bands couldn’t be more different. In the past, his seedy tales would have been punctuated with jagged, throbbing, and throttling bursts of sound. Now, they’re outfitted with brooding, understated melodies. It hardly matters that “Come to New York” is a cautionary tale on the trappings of fame and fortune. When McCloud says “Come to New York” it’s hard to say no.

Paramount Styles will be playing the Beachland Tavern on Tursday, December 18th. Failure American Style is out now on Cycle/Konkurrent (Touch & Go).