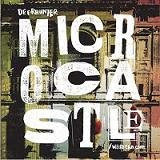 To some, Deerhunter will forever be linked with the Great Blog Wars of 2006-07, a time when smaller outlets battled with world’s preeminent tastemaker, Pitchfork, for control of hipster ears. The burgeoning music blog scene had a mixed record as they pushed acts like Sound Team, Tapes N Tapes, Cold War Kids, and Birdmonster. Sometimes, Pitchfork agreed with the will of the blog aggregators, but most of the time they pushed back, hard, challenging the upstarts to be more careful with their picks and more responsible in whom they hype.

It was under these circumstances that Pitchfork began a 2007 campaign pushing Deerhunter. First came the glowing reviews of their album Cryptograms. Then came the non-stop updates on the Forkcast, in the features, and the news section, as the band went from no ones, to indie elite seemingly overnight. One could read Pitchfork’s actions as a clear message, “Bloggers and music fans of the world, this is a band you should care about.” Of course, in their rush to crown a new king, they overlooked some important facts like Deerhunter, and their tempremental lead singer, Bradford Cox, weren’t ready for all the attention. There would be melt downs, in fighting, and questionable blog posts made by Cox on his website. Furthermore, listening to Deerhunter’s Cryptograms today, one doesn’t hear a great album, but a good one. The ambient tones were carefully layered, painstakingly textured, and provided a mesmerizing headphone experience, but the songs themselves were often rudderless, lost in their own sea of white noise.

To Pitchfork’s credit, they weren’t totally wrong about Deerhunter, they simply got ahead of themselves. Cryptograms isn’t an album worthy of lofty praise, it’s the follow up, Microcastle. No longer is an intricate soundscape the end, rather, those soundscapes, while still present, merely serve as a starting point for Cox’s new found confidence as a vocalist as well as his quickly developing sense of pop melody.

The bubbly bass line and terse guitar clips added to the sweepy statics on “Never Stops,” recall both The Breeders and Sonic Youth. While the light sweet melody of “Little Kids” suggests Cox has been boning up on his history of early British Invasion bands, like the Kinks. On the title track, Cox reaches even further back in the annals of Rock ‘N’ Roll history, and takes a page from American doo-wop as he crafts an old high school dance theme fitting for kids too awkward to ever get asked to their Senior Prom.

While all these moments point to a more focused and more capable band, it’s on “Nothing Ever Happened,” that Deerhunter really deliver on their promise. Opening with bass line reminiscent of good-time soul music, it quickly gives way to moody, brooding verses and glistening guitars common to the ’90s alt rock explosion. At the two and-a-half minute mark, the band explodes with their best Sonic Youth as a shifting cloud of sound meets fuzzy, wailing guitars. It’s neither wasted ambiance, nor tiresome noodling, but the exact moment when Cox and the rest of the band realize they don’t have to choose between being a pop band or a noise band. They can be both.

MP3: Deerhunter – Nothing Ever Happened

Microcastle by Deerhunter: 9 out of 10 on The Rockometer.

As the guitarist for Nadja, Aidan Baker unleashes riffs with the full force of a glacier. His movements are colossal, slow moving sounds, which are seemingly capable of carving great lakes and sharpening mountain sides. With noted experimental musician, Tim Hecker, along for the seven song suite, Fantasma Parastasie, he turns down the volume considerably, revealing fragile nuances, like the delicate drops of morning dew tipped atop blades of grass, or the last leaf hanging on a barren, fall tree. Still, it’s not like Baker has deserted his drone rock roots, as a constant static accompanies nearly every note. You can call Fantasma Parastasie drone for people who would never listen to drone, or ambient for people weary of new age wishy-washiness. I call it masterful.

Fantasma Parastasie by Aidan Baker and Tim Hecker: 8 out of 10 on The Rockometer. 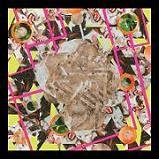 Wilderness’ third release for Jagjaguwar, (k)nowhere, is an album that shouldn’t work. Raw, pounding drums keep a marauder’s beat, as if they came from the deck of a Viking war ship. The guitars twinkle, glisten and hang in the air, like a late autumn snowfall, then bite and slice with the veracity with a spindly dagger of glass. The vocals of James Johnson are done in the dramatic avant rock tradition of Cleveland’s Pere Ubu, and Johnny Rotten’s P.I.L, and when Colin Mc Cann adds back-ups, as he does on “(P)ablum” he’s positively Steve Perry. Yet, even if this description reads like a classic case of square peg, round hole syndrome, it isn’t. Instead, (k)nowhere, is a conflicting mix of tension and ease, and a captivating mix brutality and beauty which plays out wonderfully, no more so than during its three song apex of “(P)ablum,” “Silver Gene” and “Own Anything.” 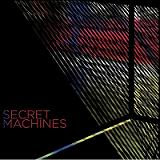 As any CNN space correspondent can tell you, the best moments in space missions are lift offs and landings. Sure, the real science of the mission occurs in orbit, but experiments and even space walks, aren’t as awe-inspiring as a big thunderous blast off. It’s a lesson Secret Machines neglected on their second release, Ten Silver Drops, where an over-reliance on atmospherics produced an album which had all the direction of space junk circling the outer atmosphere.

Things start off promisingly enough on Secret Machines’ with “Atomic Heals” and “Last Believer, Drop Dead.” There’s drive and purpose. Neither floating in space, nor lost in space, bombastic drumming and incisive guitars, show a band intent on a successful lift off on album three. Even, “Have I Run Out,” a number which threatens to drift off into an orbit of background noise, retains enough heft in the drums and provides enough big guitar moments to keep the listener engaged. It’s as if they’ve rediscovered the balance which worked so well on their debut record Now Here is Nowhere, where German electronics, big Bonham-like drums, and space rockin’, space truckin’, space chooglin’ and all things space rock, combined to form one cohesive and moving narrative. Yet, The Chief CNN Space Correspondent, Miles O’Brien blast off rule, isn’t second nature to them yet, as they still want float with the space junk from time to time. “The Walls Are Starting to Crack,” in particular, with its emphatic solos, and background choir, aims for Dark Side of The Moon, but lacks real drama, and it’s grandeur comes off forced and faked, resulting in a prog rock opus of the worst kind. 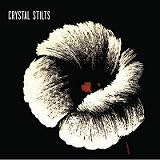 Originality in modern rock music is not a necessity. Remember, this is a genre whose very roots can be traced back to American traditions of blues, folk, and soul. Furthermore, there’s only a handful of bands each decade who add something new to the mix, and even that newness, isn’t new, but another quality, or another attitude borrowed from another genre. So, Crystal Stilts obvious adulation for The Jesus and Mary Chain’s Psychocandy and the early work of Ian Curtis and Joy Division, isn’t reason enough to dismiss this album. After all, one can draw a straight line from Joy Division to Interpol, but one would never confuse one band’s song for the other.

With constant reverb on the guitars and vocals, and the drums having that ’80s sound, as if they were recorded in a big, abandoned cathedral, the production on Alight of Night is as close to Psychocandy you can get without having chainsaw guitars. Unfortunately, Crystal Stilts forgot one important piece of the Joy Division/Jesus and Mary Chain sound. The cool. JB Townsend’s vocals aim for something between the detatched nonchalance of the Jesus and Mary Chain’s Reid Brothers, and the tortured soul of Ian Curits, and they fail horribly. He sounds drugged, disinterested and bored. Really, really drugged and really, really bored, and ultimately, its these vocals, and not their adherence to the methods of their idols, which drags Alight of Night down.

Alight of Night by Crystal Stilts: 5 out of 10 on The Rockometer. 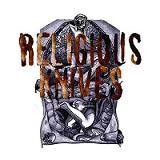 Art rock, experimental rock, psychedelic rock. The terms may have arisen from different eras, but they all share a common bond: A willingness to eschew standard verse chorus verse structures, for a freer style, one where man follows wherever it is the music may lead. Case in point, The Door, the latest album by the experimental rock band Religious Knives, a band whose inspiration is equal parts streets of San Francisco 1967, and art schools of New York City, 1987. On “Downstairs” and “The Basement” they use the standard guitar, bass, drums, and organs set up and channel Jim Morrison, and do so with out falling into the overblown theatrics of The Doors’ iconic frontman. While on, “On a Drive” and “The Storm,” with its minimal, and foreboding mood, they have more in common with the post-punk era and bands like The Fall. Later, “Major Score,” and its contemporary sound check of Kraftwerk and other in vogue kraut rock artists, shows a familiarity with the ways of the modern days experimentalists. With all the time traveling going on here, it can be like watching season three of Heroes, with one important distinction. Unlike the NBC show which is dangerously close to jumping the proverbial shark, Religious Knives aren’t moving from era to era for purposes of ratings, nor are they hopping around because they lost their script. Rather, one gets the sense, they’re opening and closing these doors one at a time, in order to carefully explore the possibilities within each movement of experimental music’s wide and varied past, in an attempt to make in as much as they can, before committing to any singular sound.

The Door by Religious Knives: 6 out of 10 on The Rockometer.