“Folksong Oblivion” by The Phantom Band 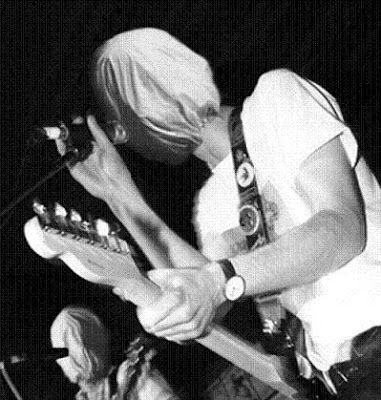 Much like Future of the Left’s “Suddenly a Folk Song,” The Phantom Band’s “Folksong Oblivion” isn’t as much of a folk song, as a song with folksy elements interpreted by a band intent on not writing a folk song. The opening, with its loose guitar chords, alternating with a meatier, more menacing riff, recalls the old work of Ian McCulloch and Echo and the Bunnymen. Yet, just as folk oblivion seems imminent, The Phantom Band pull the old switcheroo on you, and insert a chorus which is more Sebadoh than Joy Division, Echo and the Bunnymen, and practically any other band you might have expected. It’s oblivion, to be sure, but by steering clear of overused mopey new-wave touchstones, it’s a refreshing kind of oblivion.

The Phantom Band’s debut album, Checkmate Savage, will be out January 29th on Chemikal Underground.