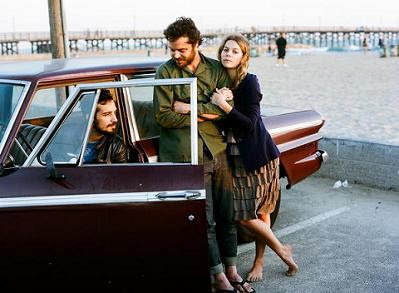 Like a little version of The Strokes, with drummer Fab Moretti playing the part of Julian Casablancas, Strokes’ side project Little Joy, succeeds largely by keeping things simple. Whether it’s sleepy-eyed garage rock, golden oldies, or first wave ska, as is the case with “No One’s Better Sake,” there’s a certain quaintness and innocence consistent throughout their debut album. The tones are muted, the vocals are hushed, and never rushed.

Listening to “No One’s Better Sake,” it’s clear Moretti was paying attention to Casablancas’ cool, carefree delivery, when he was supposed to be keeping time on the kit. It’s also clear Moretti, Rodrigo Amarante, and Binki Shapiro never paid much attention to the second or third waves of ska, as “No One’s Better Sake,” shakes with the ease of an early single by the likes of Toots and the Maytals or Desmond Dekker.