Warning: "continue" targeting switch is equivalent to "break". Did you mean to use "continue 2"? in /nfs/c06/h01/mnt/88637/domains/blog.irockcleveland.com/html/wp-includes/pomo/plural-forms.php on line 210
 I Rock Cleveland I Rock Cleveland | “The Facility” by Other Girls

“The Facility” by Other Girls 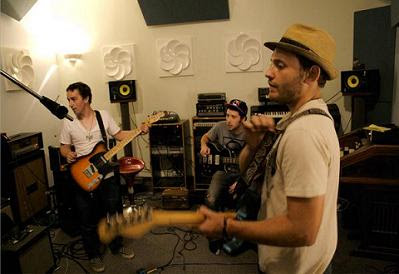 “The Facility” by Cleveland’s Other Girls, may have the heart-ache heavy re-verb of Pacific Northwest folk rock (Due in no small part to the added guitar work of Robin Peringer from Modest Mouse, Band of Horses, Elliott Smith, and 764-Hero), but instead of crafting another campfire anthem for Pitchfork reading beardos, they do as Cleveland bands do. They ignore what’s hip to the masses (Beards and folksiness are definitely hip these days, ever hear of Fleet Foxes?) and mix things up with a hard-driving rhythm section more appropriate for power pop or punk rock. The results are a classic Cleveland rock mish mash of seemingly incompatible styles, stomped into existence, and willed into perfection.

MP3: Other Girls – The Facility

Make no mistake about it, “The Facility,” is a top jam, and here’s hoping there’s more like it when the band once known as Black Girls, now the Other Girls, release their debut record, Perfect Cities, on Audio Eagle Records this coming spring. In addition to Robin Peringer, who lends his guitar work to the Other Girls, there’s another very special guest on the disc in Audio Eagle co-founder and Black Keys drummer extraordinaire, Pat Carney, who sits behind the kit for a tune. Lastly, speaking of The Black Keys, Other Girls will open for the Akron band during their two-night hometown stand January 30th and 31st at The Agora, and will also serve as one of the opening acts for their upcoming date in Detroit.