“The Mountain” by Heartless Bastards 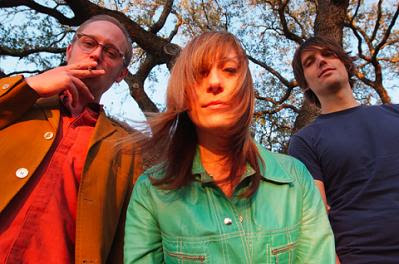 The Heartless Bastards’ Erika Wennerstrom has an unmistakable voice. It’s a big, brassy voice. One which conveys the power of a woman who’s seen plenty of hard times, and rocked them all. It’s not a perfect voice in the American Idol sense, I’m pretty sure it’s flat and a bit pitchy, yet, if we’re talking about raw power, she has few rivals in modern rock music.

Yet, Wennerstrom’s pipes are only one key component of “The Mountain.” Equally important is the slow fuzzed out choogle of the electric guitar, a fine complement to Wennestrom, as her voice wanders in a low register. Then, there’s the mournful sound of the pedal steel, which provides a counter melody as it deftly slices through all the low end rumble. At its apex, “The Mountain,” isn’t a mountain, but a wall of sound. As the electric guitar and pedal steel conspire to take over the mix, it’s as if you’re listening to a country fried My Bloody Valentine, one raised on whiskey, Winston’s, and rusted out American autos.

The forthcoming release by Heartless Bastards, The Mountain, will be out February 3rd on Fat Possum. The band will be touring extensively in support of this release. Check Myspace for dates.