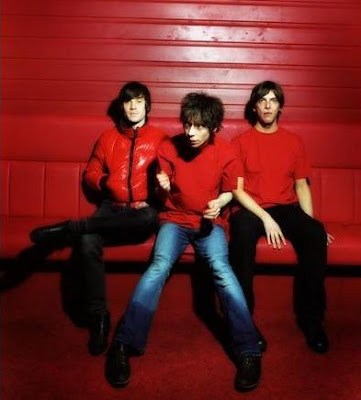 Though often grouped with The Gossip, CSS and other dance rock bands, the 1990s new single, “The Box,” goes back a little further than Franz Ferdinand. This one is vintage English Glam. It has a big chunky guitar riff ready for bedroom rockers and air guitar heroes, a mid tempo boogie prime for seductive hip shaking and pouty face making, and plenty of ooh-oohs and sing alongs which could care less how many beers you’ve had at the bar before you found your singing voice. It’s been some thirty years since the death of T-Rex’s flambuoyant frontman Marc Bolan, and yet, his spirit still lives on.

The 1990s forthcoming album, Kicks, was recorded at Edwyn Collins’ West Heath Yard studio in London and produced by Bernard Butler. It’ll be out March 24th in the States, and one day earlier in the UK.