Warning: "continue" targeting switch is equivalent to "break". Did you mean to use "continue 2"? in /nfs/c06/h01/mnt/88637/domains/blog.irockcleveland.com/html/wp-includes/pomo/plural-forms.php on line 210
 I Rock Cleveland I Rock Cleveland | The Rockometer feat Animal Collective, Glasvegas, AC Newman, Robert Pollard, and Brethren of the Free Spirit 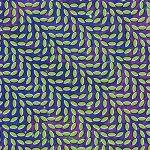 Listen too closely to Animal Collective’s Merriweather Post Pavilion, and their insistence on pushing fluttering, fanciful keyboards high in the mix, becomes tedious and tiresome. Less ear candy. More ear ache. Pull yourself too far away, and it becomes background noise, like the hum of a home appliance dutifully doing its job to keep your food cold. There are no peaks, and no retreats, only continuity from the hypnotizing rhythms. The pop moments, when they do come, can surprise, and mesmerize, and lead to wild assertations like album of the year and band of the decade. Yet, songs like the Beach Boys meets B-boys, pulsating, electronic pop of “My Girls” and “Summertime Clothes ” are too few to account for the vast sea of internet hyperbole. Too often Animal Collective settle for a fancy sound, or a masterful groove and neglect to build a proper song around those parts.

Where many long time supporters of Animal Collective hear a band fully realizing its potential, those new to this new strain of urban, electro folk may be left perplexed, wondering is this it? Willing a band to greatness does not make for a great band, and as long as Animal Collective continue to receive perfect score after perfect score for their work (And don’t get me wrong, it is progressive, challenging, sometimes rewarding, albeit flawed work) they will never be pushed towards greatness.

Merriweather Post Pavilion by Animal Collective: 6 out of 10 on The Rockometer. 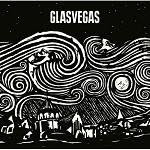 The debut album by Glasgow’s buzz band of the moment, Glasvegas, hits on many of modern music’s well worn influences: The wall of sound popularized by Phil Spector in the ’60s, The Jesus and Mary Chain’s buzzsaw fuzz attack, and U2’s arena ready, eyes to the sky, guitar solos. Yet, instead of sounding like a patchwork of sounds, assembled for the ears of the masses, it’s a fully realized, rather unique sounding record. Partly, this is due to the vocals of Rab Allan which are heavily accented, weary, and dramatic, as if he’s the one character out of the many neer-do-wells of Trainspotting, to make something for himself. Then, there’s the matter of the songs themselves — heavy hearted tales of struggle, adaptation, and loss, which manage to avoid wallowing in pity, and instead rise to the level of perseverance. “Geraldine” is one of the few pop songs to priase the work of social workers, and “Daddy’s Gone” transforms a deceased father figure into a mythic leader of the pack, type figure. And just when things get a bit to close to heavy, Allan and his bandmates will either sneak in a vocal snippet of a popular song like “You are My Sunshine,” or “What’s the Story Morning Glory,” or bring the band to a rousing sing-a-long of “Whoa whoa whoa” or “Here we f*cking go!” Saddos and sickos, Glasvegas have a message for you, there is hope.

Glasvegas by Glasvegas: 8 out of 10 on The Rockometer 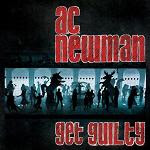 Get Guilty, the second solo album by The New Pornographers Carl “A. C.” Newman has neither the unabashed power pop of New Pornographers albums like Twin Cinema and Electic Version, nor the somber intricacies of their previous full band effort, Challengers. Instead, he’s found a middle ground. One where tempos don’t need to be pushed, and amps don’t need to be stacked, in order to put some heft behind his melodies. One where delicate doesn’t mean quiet and reserved doesn’t equate to staid. Lead number “There Are Maybe Ten or Twelve,” carries all the pomp and pageantry of Sgt. Pepper era Beatles, while masterfully staying clear of the dreaded pretension line. While “Heartbreak Rides” and “Submarines of Stockholm” both tinker with tempo, alternating between restraint and wonder, and emerge deeper and more detailed, for never barreling wildly into the world of full throttle power pop. Then there’s the glee of “The Palace at 4 A.M.,” making red eyes white, and strightening out slurred speech, with its steady snare and plucky piano. It’s like power pop without the power, or the New Pornographers album you wished you had two years ago. 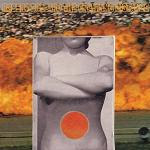 Perhaps Zachary Bloom, writing for Blurt, sums up Robert Pollard’s latest solo album, The Crawling Distance, up best, when he pens, “If you own less than ten Guided By Voices (or GBV-related) albums, there’s no need to start or continue building here; Bob Pollard’s bi-annual solo releases of late are pretty much completists-and-mega-fans-only affairs. And completists and mega fans will rejoice.” Fortunately, or is it unfortunately, for you this album puts my Pollard count at eleven, with five of them coming in the modern post lo-fi GBV, post hi-fi GBV, six albums a year Pollard era. What I’m trying to say is maybe I’m not the best person to be telling you whether or not you should buy The Crawling Distance. Hell, I’ve taken to calling Robert Pollard, Uncle Bob, like he spends Thanksgiving with me and the fam, peppering us with half remembered tales of the road.

I will tell you this: The Crawling Distance continues Pollard’s late career resurgence as first witnessed on Robert Pollard is Off to Business, and Boston Spaceship’s Brown Submarine, and songs like the the half kraut-rock, half Who, “Faking My Harlequin,” the burly, yet playful “Cave Zone,” and small room arena rock of “By Silence be Destroyed” only solidfy that position. And when Pollard pulls back, with mid-tempo numbers like the sublime trio of “Ther Butler Stands for Us All,” “No Island,” and “Imaginary Queen Anne,” it’s nearly enough to take back all those comments about Uncle Bob having no sense of good song/bad song, about his six albums a year, and writing a new song on the sh*tter every day.

The Crawling Distance by Robert Pollard: 7 out of 10 on The Rockometer 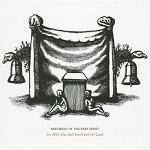 Jakmes Blackshaw’s brilliance with the 12-string acoustic guitar is well documented. Jozef van Wissem’s reputation as one of the world’s foremost lutiensts, is considerably less well known. Yet, together as Brethren of the Free Spirit, it’s hard to separate the young prodigy (Blackwell) from the man whose instrument has been relegated to obscure enthusiasts and Medieval fairs (von Wissem). The Wolf Shall Also Dwell With the Lamb, is less a suite of duets, and more the work of two brains, two bodies, and two sets of agile fingers working two sets of strings in concert toward singular movements of sound. Whether the piece in question is Eno like in its minimalism (“The Sun Tears Itself From the Heavens and Comes Crashing Down”). deeply detailed, with intricate interplay between the two musicians, through games of repetition (“The Wolf Shall Also Dwell With the Lamb”), or (I sh*t you not) a musical palidrome (“Into the Dust of the Earth”), the outcome is the same: Stunning.

MP3: Brethren of the Free Spirit – The Wolf Shall Also Dwell With the Lamb

All Things Are From Him, In Him and Through Him by Brethren of the Free Spirit: 8 out of 10 on The Rockometer