“Slow to Anger” by Superdrag 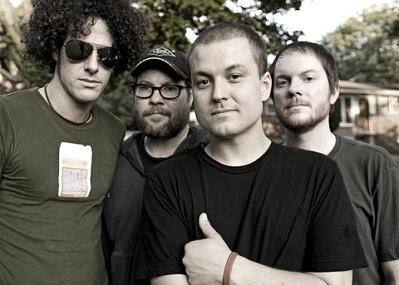 To some, Superdrag are nothing more than a one-hit Alternative Nation band, who scored their brief flirtation with fame thanks to the 1996 single, “Sucked Out.” Others, admittedly fewer in number, hold the Knoxville foursome in high regard, as one of the past decade’s premier stewards of that much maligned subgenre, power pop. Now, whether your copy of Regretfully Yours is collecting dust somewhere in that cd rack you haven’t touched in three years, or Superdrag has remained a constant companion through the digital music transition, there’s something for you in their latest single, “Slow to Anger.” If we were to be scholastic about things, we could talk about how this track works within its own tight parameters. There are few guitar chords, the drums run on one speed, and vocalist John Davis works within a tight, albeit agressive range. Let’s not do that. Instead, let’s focus on how “Slow to Anger,” f’n rocks. And man, once that one chord kicks in, and then the second chord kicks in, and it’s more than Davis’ vocal daggers and a drum kit, does this one f’n kick. Call “Slow to Anger” a return to form if you want. We know better.

Industry Giants by Superdrag will be out on March 17th, and the band will be on tour in the coming months around an appearance at SXSW. Check the website for dates.