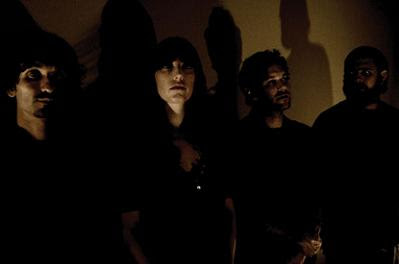 Today it’s called doom. Five years ago it was stoner rock, ten years ago it was desert rock, and thirty years ago, it was just plain heavy, man. Yet, perhaps the best comparison for the type of psychedelic, mind-melting sonics found on Wyllt, the debut album by Black Math Horseman is that of another heavy black band, Black Mountain. Like Black Mountain’s epic as f*ck 2008 release, In the Future, the songs on Wyllt play a similar game of slay, tempt, tease, and slay some more, giving the listener pause between each assault, allowing them just enough ambient, quiet time to recover for the next big riff. And make no mistake about it, the riffs are as gargantuan as they come.

Wyllt by Black Math Horseman will be released by Tee Pee Records on April 21st.