“Walking Back to You” by Lions in the Street 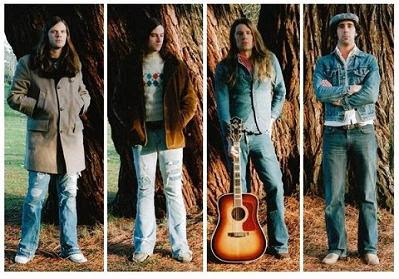 Now freed from their never ending struggle with TVT Records, Vancouver’s Lions in the Street can get back to what they do best: Laying down sick Seventies jams like tight jeans, muscle cars, and Marlboro’s never went out of style. “Walking Back to You,” grooves and choogles with a double guitar assault which is part CCR inspired swamp boogie, and part Southern rock explosion, one which is damn near Skynyrd like in its execution. Hell, if the pop kids can worship Hall and Oates like they’re some sort of musical genius, then why can’t we rockers do a little revisionism of our own. After all, Southern rock was more than one band, one over played song, and one douchebag in the audience screaming “Freebird!” between every number.

MP3: Lions in the Street – Walking Back to You

Lions in the Street will be performing at this year’s SXSW festival and (finally) will have some new recordings out. An EP will be available this spring, collecting some new tunes and leftovers from the TVT days, with a full length following later in the year.