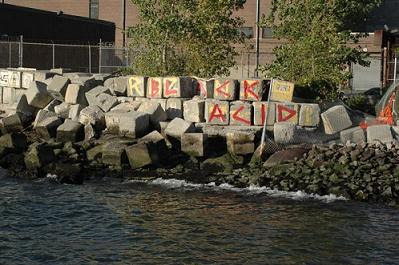 Black Acid, the new outfit fronted by former Death in Vegas man, Richard Fearless, may list such Rock ‘N’ Roll heavyweights like The Stooges and Roky Erickson as their influences, but after listening to “F.U.R.,” you’ll find it’s not that much of a departure from some of the work he did on past Death in Vegas albums like The Contino Sessions (Which, as we’re talking Stooges did feature a guest performance by Iggy Pop) and Scorpio Rising. That’s not a bad thing, at all. By melding pulsating electronic beats with backwards tracks, and other tricks of the psychedelic rock game, Black Acid have crafted something which would work just as well in a dark, sketchy basement dance club as it would with a pair of headphones and a night of head tripping.