Top Jam of the Week: "I Wouldn’t Treat My Enemies The Way You Treat Yourself" by Outrageous Cherry 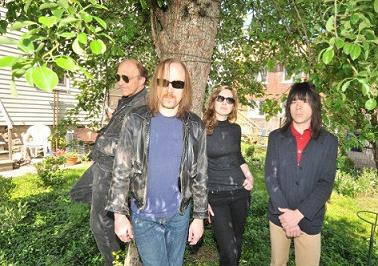 There’s something else at work here. Smith has this way with phrasing, deftly dodging the rhythm section when “I Wouldn’t Treat My Enemies the Way You Treat Yourself” picks up some serious steam in the chorus. The tempo, itself, doesn’t undergo a noticeable shift, and there isn’t a dramatic change volume. Nor, is there a screeching guitar solo to signify, “Now, this is where sh*t gets good.” No, that work is left largely to Smith’s lyrical ramble tambles delivered in double time. Lines like, “Call my name/It’s the same one you once knew/Just one more thing you outgrew/You’re so difficult to please/I wouldn’t treat my enemies the way you treat yourself,” wouldn’t sound nearly as pointed if they were properly enunciated or carefully crooned. Similarly, without Smith’s urgent cadence, the song itself would be just another power pop song about a girl to slot in your iTunes playlist between Matthew Sweet and Sloan. Instead, we have top jam.

MP3: Outrageous Cherry – I Wouldn’t Treat My Enemies The Way You Treat Yourself

Universal Malcontents, the ninth album by Detroit’s Outrageous Cherry, is out now on Alive Records. Fans of Sloan, The Apples in Stereo, and pop songs in general, should not sleep on this one.