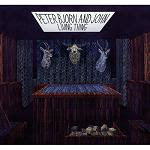 First and foremost, Living Thing is a study in pop minimalism. Whether reminiscent of drum ‘n’ bass (“The Feeling,”) the synth pop of New Order and Depeche Mode(“It Don’t Move Me” and “Just the Past,”) or Paul Simon’s Graceland (“Living Thing,”) each song contains as much open space as instrumentation. If you’re used to extreme compression and the more is more production aesthetic found in many of today’s records (Wink, wink Arcade Fire), this can be a bit unsettling. Yet, on subsequent listens, Living Thing doesn’t come off as a statement record, or a deliberate career detour. Go back and compare “Up Against the Wall” from Writer’s Block to “It Don’t Move Me.” Compare “Amsterdam” to “Blue Period Picasso,” and you’ll find an open, accessible, and addictive record which is a continuation and refinement of ideas first explored on Writer’s Block. (9 out of 10 on The Rockometer)

YOUTUBE: Peter, Bjorn, and John – Nothing to Worry About 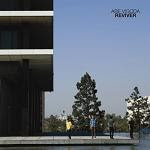 The last time I heard Abe Vigoda, they had critics creating new micro-genres like calypso-punk. The last time I saw Abe Vigoda, they were properly f*cked, so wasted they couldn’t finish their surprise set ending, appearance with No Age at the 2008 Pitchfork Music Festival. Now, listening to their new EP, Reviver, and this hardly sounds like the same band. Talk about left turns. There’s nary a hint of their former selves. Nary a whiff, of The Smell, and the California scene which birthed them. And by pairing the poly-rhythmic adventurousness of a band like Dirty Projectors, with the relaxed, almost detached delivery of Spoon, Reviver may prove to be just as difficult to classify as any of their earlier efforts. So, genres, tags, and expectations be damned. Abe Vigoda no longer play that game, and they’re a better band for it. (7/10) 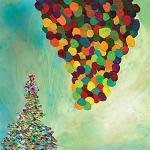 Crystal Antlers have one song. Oh, there’s more than one track on Tentacles, and they have different titles, but they all go down pretty much the same: The bassist lays down a basic blues groove and the keyboardist, guitarist, drummer, and vocalist all go totally ape sh*t. Sometimes they take turns going totally ape sh*t, and other times it seems the whole band is going totally ape sh*t all at once. It tests the boundaries of structure, tests the boundaries of sanity, and when done just right, this cacophonous free for all can be wild, fanciful, and exhilarating. Unfortunately, this being an LP, and not an EP, like the release which preceded it, there will come a point when that one wild psychedelic, punky, bluesy, jazzy jam isn’t enough, and you’ll want to hear song two. (6/10) 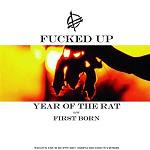 Fucked Up
Year of the Rat
What’s Your Rupture

Year of the Rat may be the third Fucked Up single to borrow its title from a year in the Chinese calendar, but if you’re looking for sonic similarities in the progressive, post-hardcore band’s latest output, 2008’s full length release, Chemistry of Common Life, may prove to be a better reference point than 2007’s more epic than epic single, Year of the Pig. The a-side, “Year of the Rat,” is chugging, progressive punk extravagance in the same vein as Chemistry of Common Life’s “Crooked Head,” or “No Epiphany.” It’s impossible to gauge how many guitar tracks were used, and if the band came out and said thousands, I’d believe them. Yet, at nearly 11 minutes, it has the feeling of a five minute track stretched for the sake of its own length. B-side, “First Born,” fares much better. With a lead guitar riff reminiscent of Pink Floyd’s “Money,” in any other bands hands, this track would be more apt to bending minds than busting skulls. Yet, there’s the still the matter of vocalist, Damian “Pink Eyes” Abraham, whose vicious howl all but eliminates the mind expansion option. So, drug induced, slow motion head mashing, it is. (6/10) 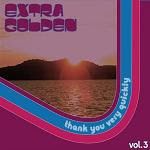 With the two halves of Extra Golden now so tightly entwined, to call them a half Kenyan, half American band who play rock music and Kenyan benga, seems wholly inappropriate. With previous efforts, you could separate the American half from the Kenyan half by language and style. If a song was sung in English, then that was the American influence coming through. If a song didn’t sound like Rock ‘N’ Roll, then that had to be from the Kenyan side of the equation. On Extra Golden’s third album, Thank You Very Quickly, celebratory, African rhythms are deftly augmented with hot Southern guitar licks (“Anyango,”) and funky, Rock ‘N’ Roll takes on the language, culture, and the bright, agile guitar style of benga (“Gimakiny Akia,”) thereby erasing any lineations drawn to differentiate between these two distinct traditions. As a result, Thank You Very Quickly is Extra Golden’s most complete and cohesive album to date, proving that globalization can be more than lost languages, intertwined economies and ravished ecosystems. It can be the sound of togetherness, the sound of two cultures uniting to create new and exciting traditions. (8/10) 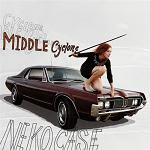 Let’s talk about crickets. Crickets, as in the little buggers that creak for 31 minutes on the closing track of Neko Case’s latest release Middle Cyclone. Yep, got that right. Case ends a perfectly good album with 31 minutes of squeaking, chirping, and clicking. Artistic freedom is one thing, but 31 minutes of artistic freedom is about 30 minutes too much. Maybe the crickets wouldn’t be such a big deal if the first half of Middle Cyclone didn’t feel so rushed. Case barely gives you enough time to savor those quaint country rhythms and that big, blustery, naughty voice of hers which delivers such knockout lines like, “The next time you say forever, I’ll punch you in the face.” It’s a shame to think another zinger like that one got left off the record for the sake of crickets. (6/10)