Warning: "continue" targeting switch is equivalent to "break". Did you mean to use "continue 2"? in /nfs/c06/h01/mnt/88637/domains/blog.irockcleveland.com/html/wp-includes/pomo/plural-forms.php on line 210
 I Rock Cleveland I Rock Cleveland | The Rockometer Feat. Superchunk’s Leaves in the Gutter EP 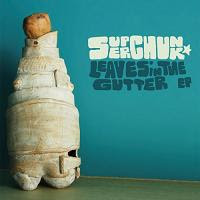 Superchunk
Leaves in the Gutter
Merge

Superchunk’s Leaves in the Gutter EP is almost everything long time fans of these Chapel Hill, indie rock trailblazers could hope for some 20 years after they started a revolution built on the backs of do-nothings and lay-abouts with their classic anthem to inactivity, “Slack Motherf*cker.” Mac McCaughan’s buzz saw guitar work still sounds as if it’s capable of felling the sturdiest of trees, and his voice remains high-pitched and jittery, as if red eyes and double espressos are intravenously hooked in his right arm. “Learned to Surf,” “Misfits & Mistakes,” and “Knock Knock Knock” all could be slotted behind the kinetic, 1995 single, “Hyper Enough,” and few would be able to discern any difference in style or intensity in spite of the 14 years between them. The only time they show their age, and lack of 21st Century recording activity is on “Screw It Up,” where a tentative tempo, and a jazzy bridge, which never quite sorts itself out, reveal MacCaughan and company to be much more more capable of re-learning the frenetic pace of their youth than they are at replicating the more somber tones of their later recordings. Even with this one misstep, Leaves in the Gutter is a worthy addition to the Superchunk catalog, satisfying in its brevity, and satisfying because of its brevity. Over before the 20 minute mark, it manages to both preserve the legacy of one of indie rock’s most cherished acts, and leave the listener wanting 20 minutes more. 7 out of 10 on The Rockometer