Warning: "continue" targeting switch is equivalent to "break". Did you mean to use "continue 2"? in /nfs/c06/h01/mnt/88637/domains/blog.irockcleveland.com/html/wp-includes/pomo/plural-forms.php on line 210
 I Rock Cleveland I Rock Cleveland | “I Wanna Kill” by Crocodiles

“I Wanna Kill” by Crocodiles 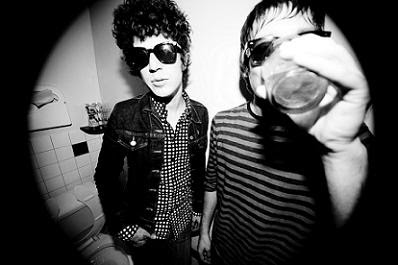 As far as trends go, one gets the sense that we’re on the waning phase of this 21st Century, lo-fi pop movement. The over-hyped and under-developed disc by WAVVES certainly didn’t help matters any, and when a noted blues label like Fat Possum starts signing lo-fi acts like the forementioned WAVVES and Crocodiles, that certainly has to signal the beginning of the end, right? Any day now, Times New Viking will find their inner Arcade Fire and the trend will officially be dead.

Hmm…You’re saying Times New Viking already found their inner Arcade Fire and it sounds like Times New Viking? Well, maybe we’ll give lo-fi another six, or seven months, and by then the Arcade Fire will have found their inner Psychedelic Horeshit and the trend will be dead, dead. Until then, “I Wanna Kill,” will remain in rotation. Besides, any track which sounds like a discarded demo the Jesus and Mary Chain’s Automatic album is all right in my book.

Summer of Hate by Crocodiles will be out April 28th on Fat Possum Records. The band were scheduled for a show at the Beachland next week, but have since canceled that date and will instead appear at the Grog Shop on May 28th with Holy F*ck.