Warning: "continue" targeting switch is equivalent to "break". Did you mean to use "continue 2"? in /nfs/c06/h01/mnt/88637/domains/blog.irockcleveland.com/html/wp-includes/pomo/plural-forms.php on line 210
 I Rock Cleveland I Rock Cleveland | The Rockometer Feat. The Thermals, Wooden Shjips, 1990s, and The Howlies

The Rockometer Feat. The Thermals, Wooden Shjips, 1990s, and The Howlies 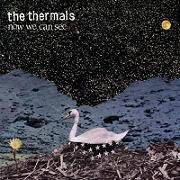 The Thermals
Now We Can See
Kill Rock Stars

Filled with images of a post-apocalyptic world fed by theology gone wild, The Thermals’ 2006 release, The Body, The Blood, The Machine has rightfully earned its place next to Green Day’s American Idiot as one of the strongest musical criticisms of early 21st Century America. Now, with a weakened religious right, a Republican party in shambles, and a Democrat in the White House, what’s left for a guitar toting liberal to do? For Hutch Harris of The Thermals, the style remains the same — Harris’ sharp, pointed voices set against thick, powerful guitar chords, but the message has changed. No longer a prophet in a wasted landscape, leading fellow survivors to their salvation, Harris has turned his focus inward, using the sea and the desert as metaphors for his own journey (See “When I Died,” “I Let it Go,” “Now We Can See,” and “At the Bottom of the Sea,” and pretty much all of side one). Then, as the set progresses, this shift becomes even more prominent, revealing Harris as a star-crossed, power pop idol pining for lovers lost on songs like “How We Fade” and “I Called Out Your Name.” Yet, for those expecting something a little more profound, Harris’ transformation from leading the damned to leading a power pop band, can be a bit of a disappointment, even if it’s a damn fine power pop band. 7 out of 10 on The Rockometer 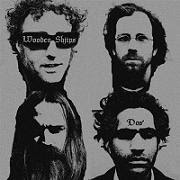 And the beat goes on, and on, and on and on. Such is the way of San Francisco, psychedelic rock quartet, Wooden Shjips, where one beat can remain unchanged for eight, ten, twelve minutes; beside barely audible lyrics; patterned with slowly shifting keyboard tones; amidst a frenzy of feedback guitar, or a freely, flowing solo.

And the beat goes on, and on, and on and on, from song one to two, to three, four and five. Keys rarely change, and the mood rarely shifts. Droning repetition reinforces spectral, spooky, and mesmerizing scenes, like the worst trip you’ve ever been on, or the best, depending on your drugs, or lack thereof. 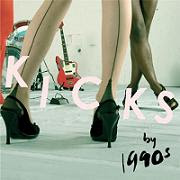 Democracy in action is a wonderful thing — people lining up behind voting booths, picking their leaders, speaking their minds, charting their own destiny — what a novel idea! Democracy in action in a band, well, that’s an entirely different thing. Not every band is talented enough to run with multiple singers and multiple songwriters. Oh, there was the Beatles, of course, and in modern times we have bands like Sloan and The New Pornographers who manage quite well sharing the lead. Yet, when the Glaswegian band, 1990s decided to embrace democracy, splitting lead between guitarist Jackie McKeown, bassist Dino Bardot, and drummer Michael McGaughrin, they lost the one quality which separated them from their British guitar rock brethren who dabble in dance punk and power pop — namely McKeown’s cleverly biting, self-aware snark. With this new found democratic approach, glammed up stompers (“The Box,” and “Tell Me When You’re Ready”) have to share space with sentimental, mid-Eighties new wave (“59”.) As a result, 1990s have all but assured their place next to Art Brut, Bloc Party, The Rakes, Franz Ferdinand, The Futureheads, and pretty much every other British guitar band of the past decade who followed a promising first album with something significantly less satisfying on album number two. 5/10 This may not be a fair comparison, but…The Howlies are from Atlanta, Georgia, and they play rowdy, Nuggets style garage rock. The Black Lips are from Atlanta, Georgia, and they also play rowdy, Nuggets style garage rock. Now, let’s say for argument’s sake, The Black Lips howl much more than the band who call themselves The Howlies. Let’s also say, for argument’s sake, again, the number one complaint about The Black Lips, besides their stage show shenanigans which come off quite staged at times, is that they’re nothing more than Nuggets re-enactors. That would leave the band called The Howlies, who don’t howl nearly as much as their name would imply; the band who decided to polish all the rough edges on their nuggets to a clean studio sheen, with what exactly? 5/10