Top Jam of the Week: "Yours Truly, The Commuter" by Jason Lytle 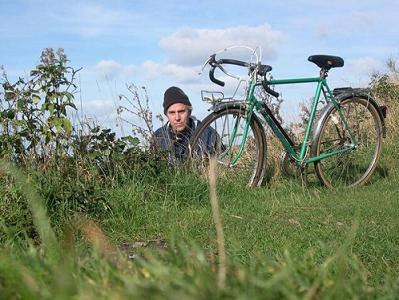 There’s a quiet confidence, maybe not confidence, but a resolution born of experience, behind Jason Lytle’s “Yours Truly, The Commuter.” You can hear it in the opening lines, “Last thing I heard I was left for dead/I could give two sh*ts about what they said,” and again in the chorus, “I may be limping/but I’m coming home.” You can hear it in the production, one which is both careful with its particulars (One can imagine Lytle spending much time to get the perfect amount of twinkle in those rickety old keys, and a similar amount of time finding the right amount of echo on that loose, opening bass line) and carefree with its mix of folk and fantasy. And while “Yours Truly, The Commuter,” sounds like it could have been birthed from the same sessions which produced Sophtware Slump, the landmark album by Lytle’s former band, Grandaddy, it’s not particularly nostalgic. This isn’t the sound of a man returning to the comforts of a familiar home, but a man finally finding some space of his own.

Yours Truly, The Commuter by debut solo album by Jason Lytle will be out May 19th on Anti Records.