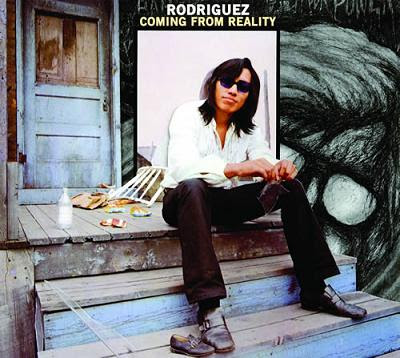 The saga of Mexican American folk singer Sixto Diaz Rodriguez, and his return from early ’70s obscurity, was perhaps, the feel good story in music in 2008. The short version goes something like this: A working class man from Detroit records and releases two albums in the early ’70s and like lots of albums, they went unnoticed. Years pass by and Rodriguez inexplicably becomes a cult favorite in Australia and South Africa where they had assumed the singer was a long time dead. Not dead, he was simply unaware people were interested in those two albums he recorded so many years ago. That was 1998, and it would take another ten years for his material to be made available in the states. 2008’s very well received re-issue of Cold Facts, had many critics, myself included, wondering why they’d never heard of this straight-talking, street smart folk singer before.

The late career renaissance of Rodriguez has shown no signs of slowing down in 2009. The year began with a sold out Chicago show opening for indie darlings, Animal Collective, and includes the re-release of his second studio album, Coming From Reality, and his own headlining club tour, which stops in Cleveland this Friday.

Coming From Reality, the second of Rodriguez’s albums to be reissued by Light in the Attic will be available May 5th on CD and two weeks later on vinyl. However, should you be in Cleveland this Friday, you’ll be able to pick up a copy when he stops by Music Saves at 7:30 for a special meet and greet session. Then, later in the night he’ll be performing at the Beachland Ballroom with The Dreadful Yawns and Bill Fox.