Top Jam of the Week: “I Want You to Know” by Dinosaur, Jr 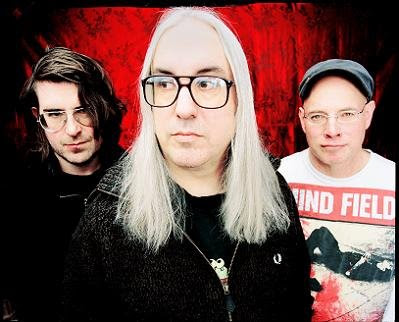 Dinosaur, Jr’s recent tour stop in Akron would have been an ideal opportunity to showcase some new jams from their forthcoming Jagjaguwar release, Farm. Instead, the classic lineup of J Mascis on guitar, Lou Barlow on bass, and Murph on drums, chose to treat the packed crowd at Musica to a greatest hits show of sorts, with Mascis overwhelming eardrums with one gloriously, screeching solo after another on the likes of “Out There” and “Sludgefeast.”

It’s not like Dinosaur, Jr have to go out each night on the road and prove they’ve still got it. 2006’s Beyond, proved quite emphatically, and quite loudly, that Mascis, Barlow, and Murph didn’t put the original band back together for a few victory laps and some extra coin in their pockets. No, this alt-rock trio was picking up just where they left off some 20 years earlier, before Dinosaur, Jr became Mascis and a rotating cast of musicians.

And it’s not like Dinosaur, Jr are about to change their tune in any way. “I Want You to Know,” the first mp3 released from Farm, has all the trademarks of a prime Dinosaur, Jr tune — Barlow and Murph rumbling, Mascis mumbling, and yet another, sublime solo.

Farm by Dinosaur, Jr will be out June 23rd on Jagjaguwar Records.