Top Jam of the Week: "Muscle Cars" by Wussy 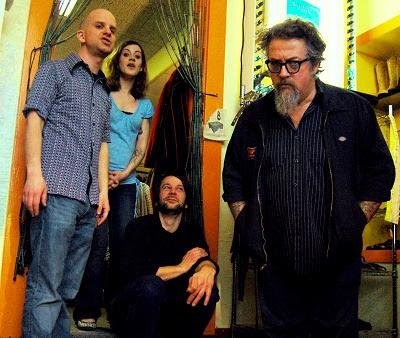 Next to The Black Keys, perhaps no band personifies Ohio as much as Cincinnati’s Wussy. Their music is rustic and rugged, one half hills of Appalachia and one half big city struggle. The dual lead of Lisa Walker and Chuck Cleaver, on vocals and guitar, aren’t your typical Rock ‘N’ Roll pin ups. Neither posess smooth voices. They’re jagged and have rough edges. It’s in their phrasing and it’s in the hard luck tales they tell. As someone once pointed out, Walker has that certain wrong side of the tracks quality to her. Yet, like the burly, American muscle cars which still hold a special place in this state, they have a resilience about them. The slick, agile, Peter Hook like bass line may drive the song, but it’s the two grinding guitars, and Walker’s weary plea, “Will you talk to me,” which draws your attention. And even if “Muscle Cars” isn’t the smoothest operating single, it has qualities foreign to the quiet hybrids, one’s you just can’t replicate — strength, character, and a good, honest rumble.