Warning: "continue" targeting switch is equivalent to "break". Did you mean to use "continue 2"? in /nfs/c06/h01/mnt/88637/domains/blog.irockcleveland.com/html/wp-includes/pomo/plural-forms.php on line 210
 I Rock Cleveland I Rock Cleveland | The Rockometer feat. Sunn O))), The Horrors, British Sea Power, and Many, Many More

The Rockometer feat. Sunn O))), The Horrors, British Sea Power, and Many, Many More

Who knew being unemployed and having loads of free time could be such an impediment to writing? Many of these reviews were scheduled to be published weeks ago. With apologies, the latest installment of The Rockometer. 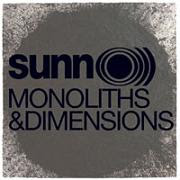 Monoliths and Dimensions, the seventh album by the powerful doom duo, Sunn O))), is slow, hard, heavy, brutal, black, and even beautiful at times. Like their partners and forebearers in doom, Earth, Sunn O))) are pushing a genre once known for long, deliberate guitar dirges into previously unimaginable realms. Principals Greg Anderson and Stephen O’Malley, are joined by woodwinds, strings, and brass, a heavenly choir, guest guitarists, and the bellowing, blood curdling chants of Attila Csihar. It’s a journey to hell and back, it’s an epic battle between the forces of darkness and light, and as the album progresses, terms like metal and doom become less and less relevant.

Sure, O’Malley and Anderson can shake your speakers like few others in the world of heavy, but it’s not the ruthless, unending heavy rumble which makes Monoliths and Dimensions essential listening. It’s the attention and care with which album opener “Agharta” seamlessly shifts from the droning brutality of guitar and bass to something approximating free form jazz. Horns, woodwinds, and strings shriek frantically as they vainly try to have themselves heard above that unearthly shake. It shifts again with sounds of creaking boards and rustling water overtaking the orchestral din. All the while, Csihar speaks slowly and deeply, deeper than a human voice ought speak, harnessing the eternal forces of nature, intoning the storm to end all storms.

Gradually, holes appear in Csihar’s vision of darkness. “Big Church” opens with the sound of a graceful, if not foreboding choir, providing a balance to his impenetrable, unnerving rant. While the plodding, behemoth of a guitar riff behind “Hunting and Gathering,” made even more grisly with the occasional whip and snare, is countered by a majestic procession of horns. Then, at the end of this dark, brutal journey there is light, as the gargantuan guitar crunch of O’Malley and Anderson makes way for a light, uplifting suite of French horn, English horn, trombone, oboe, violin, viola, and harp on album closer “Alice,” a track which just may be the pinnacle of ambient, doom metal to date. 9 out of 10 on The Rockometer 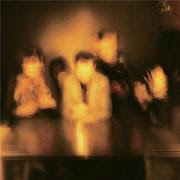 No longer the gangly group of spindly, zombie punks of their debut, The Horrors have undergone a stunning transformation between albums one and two. The change involved more than shearing their Robert Smith hairdos and ditching those heroin-chic outfits. With Portishead’s Geoff Barrow acting as producer, they’ve abandoned The Ramones, The Cramps, and their horrific, B-movie romps for a much more nuanced sound. Think Interpol, The Cure, or The Psychedelic Furs aided by Barrow’s twisted production sense, one where it’s impossible to tell which tracks are running forward, which are backwards, where in blazes that guitar sound came from, and whether that sound you think is a high hat even came from a drum kit or a drum machine. Then once you’re done marveling at the sounds Barrow coaxed out the band, there’s an even bigger surprise — An abundance of singles — “Who Can Say,” “I Can Only Think of You,” “Do You Remember?” and “Sea Within a Sea,” are but few of the many stand out tracks. 9 out of 10 on The Rockometer.

With 2008’s Do You Like Rock Music? British Sea Power had one goal in mind: To make the biggest, grandest rock album of the 21st Century. Unfortunately for those of us who aren’t enamored with the U2 school of rock anthem making, the album could come off as a bit overwrought. Their follow up, a soundtrack to the 1934 Man of Aran, is an entirely different album altogether. It’s subtle and nuanced, full of tension, struggle, and release, rooted in the bleak landscapes of the harsh Irish coast. To say it’s cinematic may seem redundant, but as these numbers share more in common with the evocative arrangements of Johan Johannson and his works like IBM 1401: A User’s Manual and Fordlandia, than British Sea Power’s recent output, it is an apt adjective. One not even need to see the old black and white’s to know that the life of the Man or Aran was one long struggle with only an occasional moment of glee. 8 out of 10 on The Rockometer.

An alt-rock radio album, in the truest sense of the term — Bright, shiny, over produced, and over compressed, unnatural sounding, lacking any sense of nuance, and instead relying on the outdated thinking that louder is better, and even louder is even better than louder. It’s not that the songs are bad. If I heard “Panic Switch,” or “The Royal We,” on the radio I wouldn’t switch stations, it’s just that I’d gladly trade this album for the demos. At least then I’d get the feeling that Swoon was made by a rock band and not a computerized version of a rock band. 5 out of 10 on The Rockometer.

Conversely, Post-Nothing is a record where the production — gritty, and always a bit in the red — serves the album and the artist quite well. Had Japandroids chosen to go the smooth and shiny digital route, songs like “Wet Hair” and “Heart Sweats” would have been exposed for what they are — late ’90s emo and cock rock, respectively. Yet, by concealing their true influences with a no-nonsense, plug-in, and rock-out aesthetic, Japandroids have a truly enjoyable rock album on their hands. Turn off your mind, turn up the volume, and enjoy. 7 out of 10 on The Rockometer.

Recalling the best of the Nineties agit-guitar rock where every six string sound was described as angular, and bands like Fugazi held firm to their stringent DIY or die attitudes, Baltimore’s Double Dagger revel in the dualities of loud/soft, ramble/rumble, and build it up only to tear the whole f’n thing down. And they do it all without the use of rock’s signature instrument — the guitar. Having hordes of effects pedals certainly helps in that matter, as does having loads of grit, determination, and a take nothing for granted attitude. 7 out of 10 on The Rockometer

Summer of Hate is an album of ideas, not always fully formed ideas, brought to the front of the buzz bin thanks to an endorsement from LA’s weirdo rippers, No Age, and some hefty praise by the influential music blog, Stereogum. It’s not quite the buzzkill as Pitchfork would contend, but rather the work of a band still finding their way, torn between Head On era, Jesus and Mary Chain, and a lo-fi version of New Order, without ever fully committing to one specific school of rock. 6 out of 10 on The Rockometer.

As far as concepts go, Thisquietarmy’s multi-media collaboration with photographer Christy Romanick, is damn near impeccable. Romanick supplies the photographs of The Very Large Array, a network of radio satellites in the desert of New Mexico, while guitarist, Eric Quach, aka Thisquietarmy, supplies elegantly droning, ambient interpretations of signals received by those very same radio satellites, transforming interstellar white noise into thoughtful illuminations on our universe’s unending mysteries. Yet, as wondrous as this collaboration can be at times, Quach’s contributions are often truncated in order to fit within the concept. Drones which should stretch to infinity are often cut into more convenient two and three minute pieces, restricting the time one has to contemplate the vast, blackness of outer space. 7 out of 10 on The Rockometer.