Top Jam of the Week: “Smashed on Honey” by Coffinberry 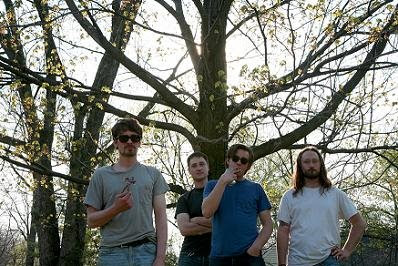 From Strokes-like, fashionable, late-night rock on their debu to grimy, almost grunge like guitar rock on 2007’s God Dam Dogs, Cleveland’s Coffinberry are a band who always seem to be tweaking their sound from album to album. To be clear, this isn’t a band who hop on hot genres, nor are they a band with an identity crisis. Rather, they’re a group who refuse to let themselves become stagnant, adding and removing ingredients to their sound while never losing sight of the fact of who they are — one of the Cleveland underground’s signature rock bands.

With “Smashed on Honey,” from their soon-to-be-released self-titled album, Coffinberry have once again undergone a mild reinvention. Had this track come from the God Dam Dogs sessions, chances are it would have been covered in dirty feedback. Now, two years on, the amps have been turned down a notch or two, and the more rustic elements in their sound, the ones which dared to be heard behind the guitar attack, are more evident. Even with a little twang in the mix and the sound of a vintage organ taking over for six string screech, no one would mistake this for Nashville. This is Cleveland, and country rock will always tilt to the rock side.

Coffinberry will be playing a free show, Wednesday, June 10th as part of the Metromix Summer Concert Series at The Beachland Ballroom. Their release show for their forthcoming, self-titled release is taking place Friday, June 26th at the Beachland Tavern. Bill Fox, Founding Fathers, and Uno Lady are opening.